Bottles are being opened and dishes shared as tens of thousands of people come to Taipei Nangang Exhibition Hall and Taipei World Trade Center to see what Taiwan’s food industry has to offer, one sample at a time. The thousands of people manning the booths at Asia’s 5-in-1 Food Expo are serving up visitors a taste of Taiwan — and abroad. Some visitors came with more than just curiosity. Fifty-seven buyers from 20 countries arrived looking for partners in Taiwan. Some already have an understanding of the quality of Taiwanese food, whereas others have been drawn by the scale of the expo itself. They’re sitting down with local businesses at the Procurement Meeting held as part of the expo.

People have also come to Taiwan to showcase their goods. From Spain’s famous jamón ibérico (Iberian ham) to Indonesia’s Javanese turmeric, products were rolled out
by businesses from 36 countries. National pavilions compete for attention with their gourmet showcases — Julie’s biscuits from Malaysia, ice-cream from Belgium, beef and pork from the U.S. — as live-streamers give real-time comments from the sidelines.

Live-streamers are not the only novelty in the well-oiled trade show, the internet of things (IoT), data-based food preparation, Productivity 4.0 and cutting-edge packaging technology are all hot topics at the event. Another term that’s on everyone’s lips, of
course, is food safety. Local names such as DaChan and Kimlan are brandishing their cutting-edge safety measures and food labs at the expo.

Taiwan’s allies joined forces at the Central America Trade Office booth, where even visiting Honduras First Vice President Ricardo Antonio Alvarez Arias could be seen chatting with exhibitors and no doubt lending them his star power. At quieter corners of the expo, ideas were sparked as policymakers, experts and opinion leaders exchanged their views and experience on issues such as healthy packaging and halal certification. 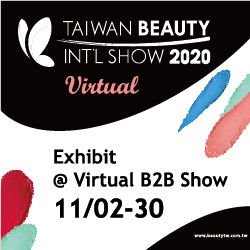