Dolores O’Riordan,  the lead singer of the Irish multi-platinum band The Cranberries, has died at the age of 46 during a short recording session in London on Jan 15, 2018. 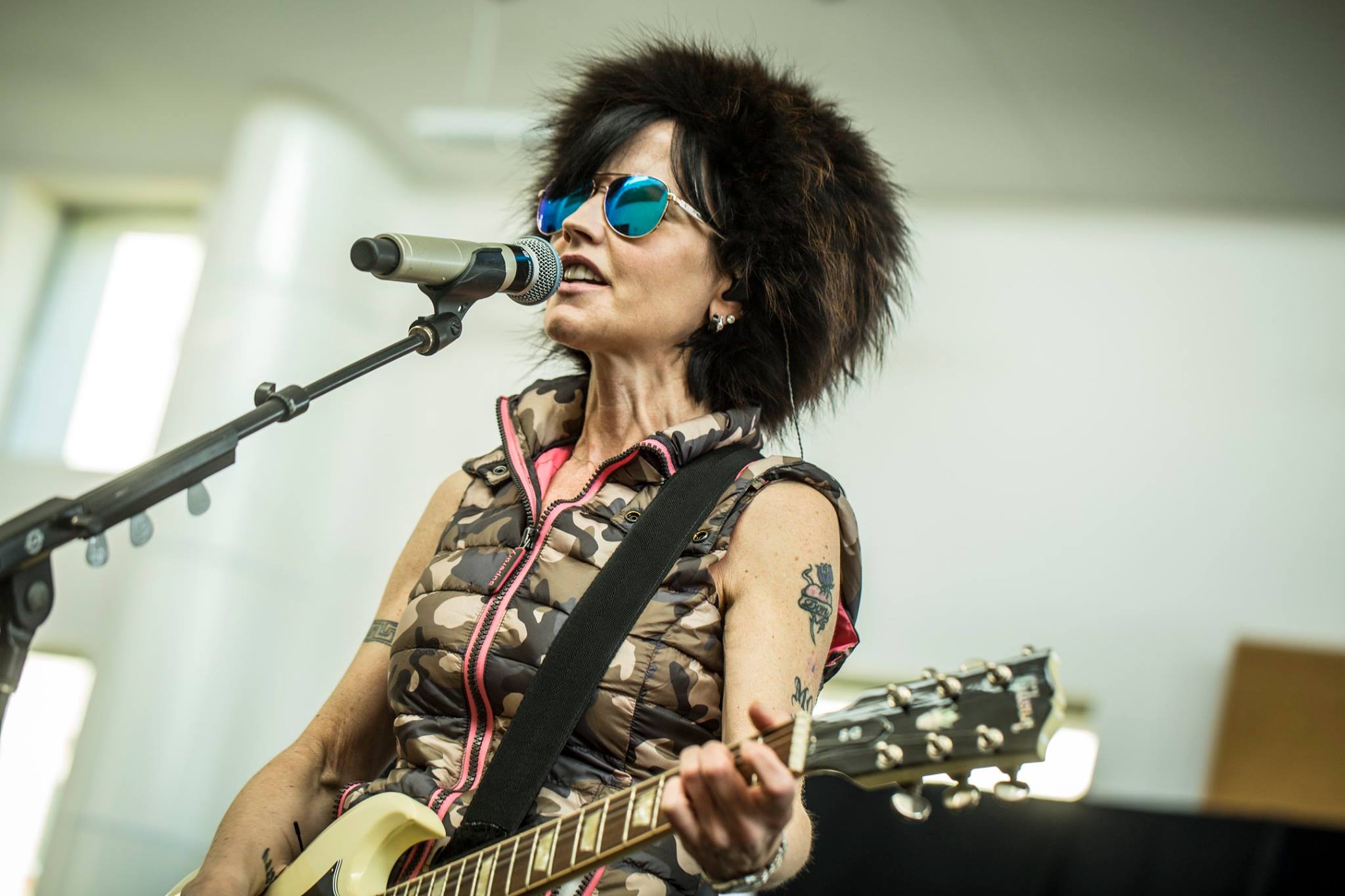 Dolores O’Riordan,  the lead singer of the Irish multi-platinum band The Cranberries, has died at the age of 46.

She passed away on Monday 15 during a brief recording session in London. The death of the singer, whose band sold more than 40 million records worldwide, has been treated as “unexplained” by police and that her publicist only described the cause as “sudden.”

“Family members are devasted to hear the breaking news and have requested privacy at this very difficult time,” her publicist said in a statement. “No further details are available at this time,” it added.

Metropolitan Police in London said in a statement that her body was found at a hotel in Park Lane at 09:05 GMT on Monday. “A woman in her mid-40s was pronounced dead… At this early stage, the death is being treated as unexplained,” police said, adding a report was being compiled for the coroner.

Shocked members of the band, Noel and Mike Hogan and Fergal Lawler, posted a message on Twitter:

@The_Cranberries
We are devastated by the passing of our friend Dolores. She was an extraordinary talent and we feel very privileged to have been part of her life from 1989 when we started the Cranberries. The world has lost a true artist today.
Noel, Mike, and Fergal 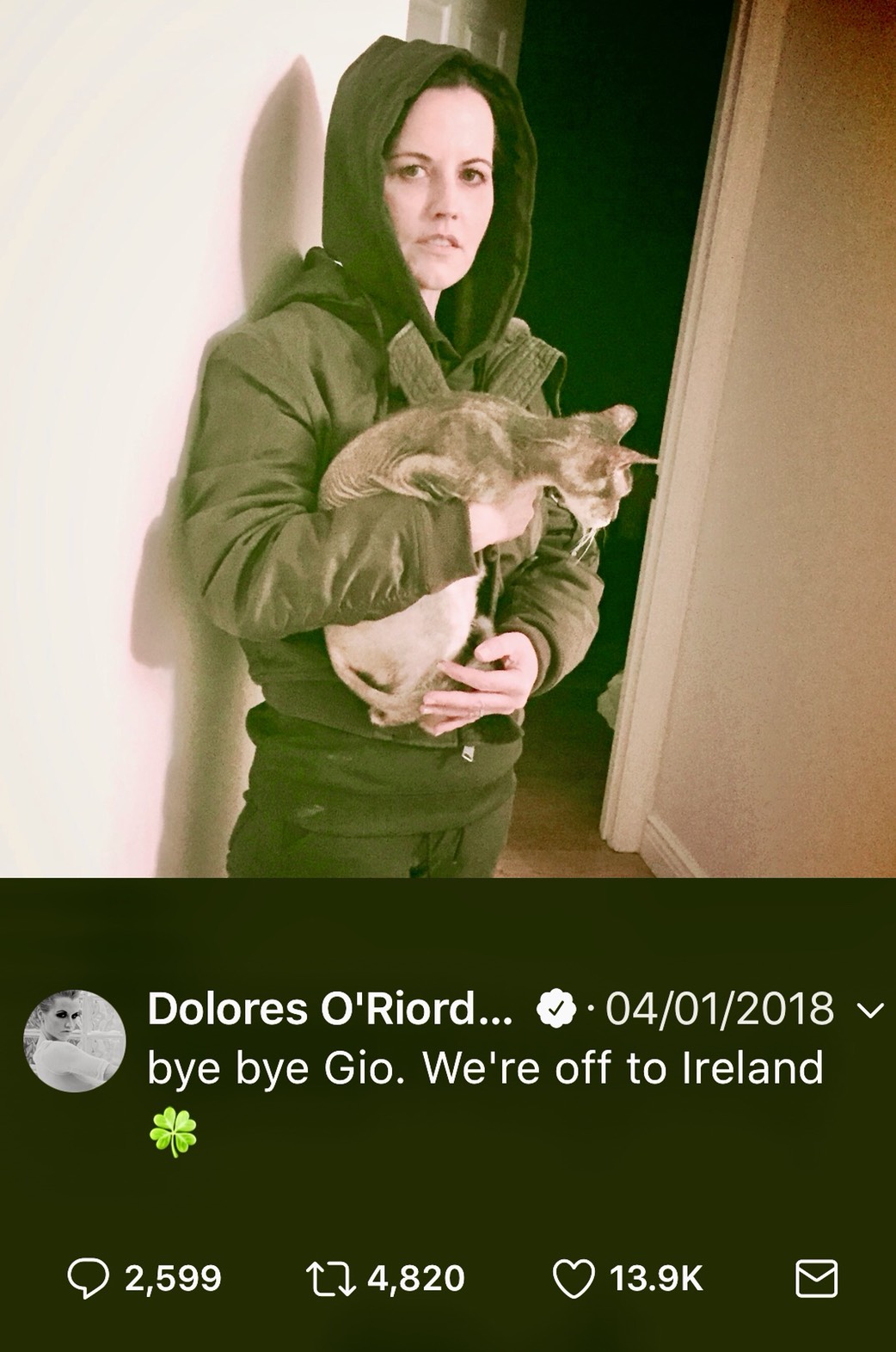 A photo of O’Riordan holding her cat posted on her Twitter on January 4 before heading to London could be the last photo posted publicly by the singer. Along with the photo, she tweeted “bye bye Gio [her pet]. We’re off to Ireland,” — a brief message some fans suspected could be a “goodbye note to the world.”

Duran Duran, whose tour manager Don Burton was married to O’Riordan for more than two decades before their divorce in 2014, said they were “crushed” by the news. The two had three children together.

Born in Limerick in 1971, O’Riordan joined The Cranberries – then called ‘The Cranberry Saw Us”, in 1989 when she was still a teenager. The band shot to international fame with their 1993 debut album “Everybody Else Is Doing It, So Why Can’t We?” and went on to sell over 40 million records worldwide.

The Cranberries had staged concerts in Taiwan for three times — 1996, 2011 and 2012 — during which tens of thousands of fans flocked to watch O’Riordan’s performances.

O’Riordan briefly pursued a solo career after the band split in 2003 before The Cranberries reunited in 2009. As a solo, she came to Taipei to promote her new album in 2007. 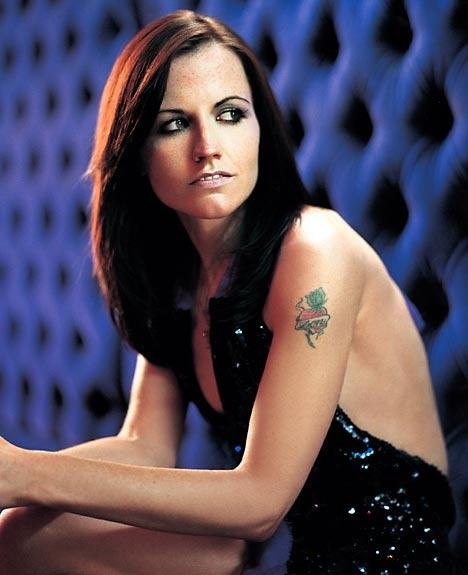 In 2017 The Cranberries announced a tour including dates in Europe, the UK, and the US
but shortly before the tour, the band had to cancel the entire tour because of her back problem.

Despite her fame, O’Riordan was reported to have a serious emotional problem. She was involved in two alleged air rage incidents, once in 2014 and then two years later, when she was ordered to pay 6,000 euros to charity for headbutting a police officer. She was diagnosed with bipolar disorder in 2015, which she said explained her “manic” state on the plane.

In an interview in 2013, she surprisingly said she had been abused as a child, which led to her developing an eating disorder, and eventually, she suffered a breakdown. She described her family, especially her children, as her “salvation”.