Acer has unveiled the Acer Chromebook Spin 15 (CP315-1H), the industry’s first convertible Chromebook with a 15.6-inch display, among others during its next@acer press event in New York. 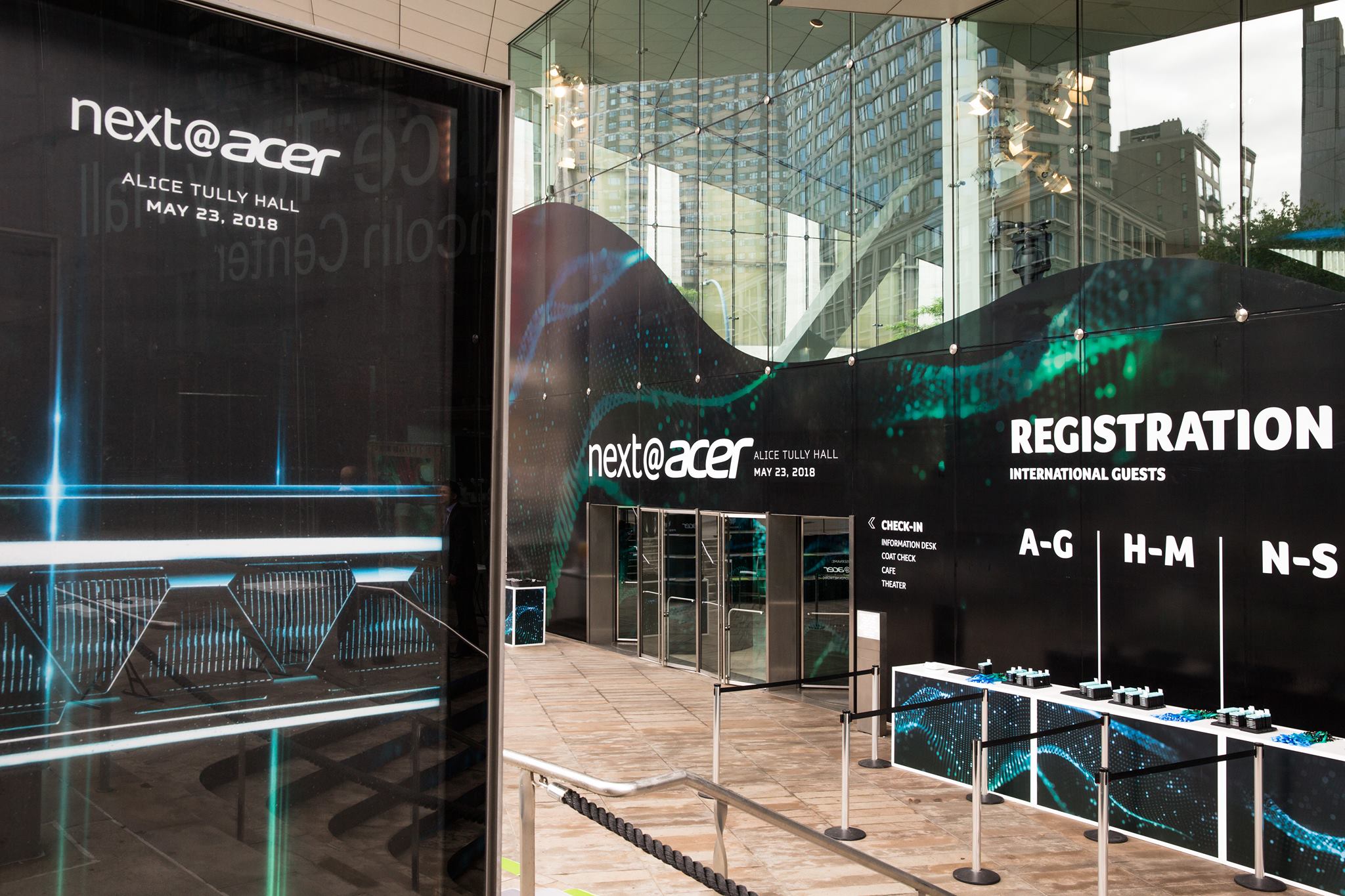 The large touchscreen display pairs with the convertible 360-degree design to deliver a powerful and portable Chromebook with first-rate entertainment and productivity capabilities, it said in a press statement released at the next@acer press event in New York on Wednesday.

In addition, Acer is launching a new Chromebook 15 (CB315-1H/1HT) line that pairs a large 15-inch display and long 14-hour battery life at a budget-friendly price.

“Acer has led the Chromebook market with a wide range of form factors, sizes and designs to meet the needs of our customers, and we’re expanding our line with new exciting 15-inch models today,” said James Lin, general manager of Commercial & Detachable Notebooks, IT Products Business at Acer.

“Acer’s new Chromebooks with large 15-inch Full HD displays are ideal for collaborating on projects for work and school, enjoying streaming media and running the latest apps. Plus, the Acer Chromebook Spin 15 is the company’s first to combine a large 15.6-inch display with a convertible design, so customers can use the device in different modes,” Lin said.

Both the new Acer Chromebook Spin 15 (CP315-1H) and Chromebook 15 (CB315-1H/1HT) fully support Android apps via Google Play, joining the performance, security, and simplicity of Chrome with the more than two million Android apps that consumers are well aware of, he added.

The new Acer Chromebook Spin 15’s large 1080p display is ideal for people who want an affordable computer that can also be used for entertainment in homes, apartments or dorm rooms, Acer said.

The large display boosts productivity with the additional screen real estate for apps and tabs. This also makes room for a comfortable full-sized keyboard and a large Corning® Gorilla®Glass touchpad that provides smooth navigation through sites and apps, Acer said.

The Acer Chromebook Spin 15’s 360-degree hinges allow the touchscreen display to be rotated a full 360°until it becomes completely open and ready for use as a large tablet for reading online content, enjoying the video and staying in touch on social media. This convertible design means that the keyboard can be quickly maneuvered back for use in traditional notebook mode. In addition, customers can stand it up in display mode to get closer to the screen or use it in tent-mode for constrained spaces like airplane cabins, Acer said.

The new Acer Chromebook Spin 15 can be used for a full day of work or school, plus streaming and fun since it delivers industry-leading battery life of up to 13 hours1. The fanless design allows it to run quietly, making it great for shared spaces such as a family room, library or coffee shop.

Acer is also introducing a new model in its popular Chromebook 15 line that delivers the same large 15.6-inch display and long 14-hour battery life at a budget-friendly price.

The Chromebook 15 has a vibrant Full HD 15.6-inch display in both touch (CB315-1HT) and non-touch (CB315-1H) displays that both provide a Full HD 1920×1080 resolution ideal for enjoying Android apps and viewing multiple tabs and apps, it said.

It can be connected to a wireless network via Intel® Wireless-AC 7265 (802.11ac 2×2 MIMO) WiFi and to other devices with its two USB 3.1 Type-C ports and two USB 3.0 ports. It will be available with up to 8MB dual-channel LPDDR4 memory and 64GB of onboard eMMC storage, according to Acer.

Both new Acer Chromebooks are easy to use and can be easily shared between multiple users. Customers simply log into their own Google account to access their Gmail, Google Docs, apps, extensions, bookmarks and other information. Chromebooks run on Google’s Chrome OS platform, which provides automatic updates and multiple levels of security to guard users against ever-changing online threats, the company said.

During the press event, Acer also announced a range of new devices and solutions for gamers, creators, families, students, and professionals.

The company also released the mid-range Predator Orion 3000 series gaming desktops, as well as an expanded collection of Predator accessories designed to support gamers as they tackle their mission of choice.

“Getting the specs right is just half the fight. Predator Orion desktops provide a well-rounded choice for gamers with a striking chassis, built-in airflow management, expandability, and award-winning software that brings everything together,” said Jeff Lee, general manager of Stationary Computing, IT Products Business of Acer.

“We’re excited to add the new 5000 and 3000 series to the Predator Orion family, and together with the top-of-the-line Predator Orion 9000, Acer is providing a full lineup of gaming desktops that cater to a wide range of needs,” Lee said. 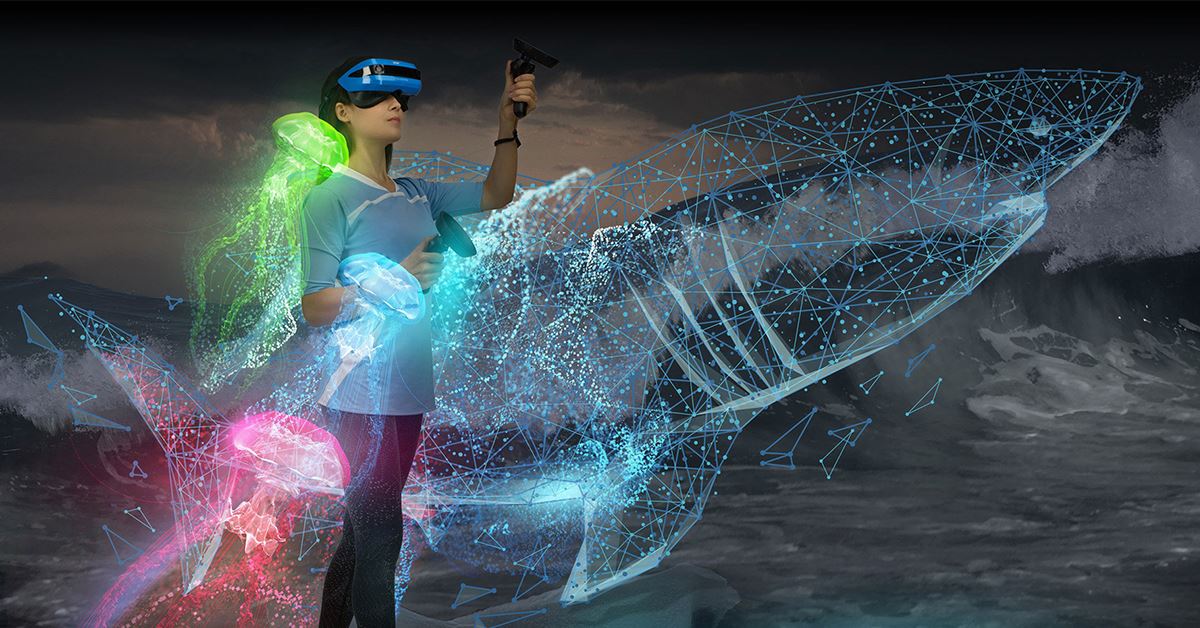 The new Predator Orion 5000 Series gaming desktops feature up to 8th Gen Intel® Core™ i7+ 8700K processors paired with the latest Intel Z370 chipset1, up to 32 GB of Intel® Optane™ memory for fast load times and improved responsiveness, and up to 2-way NVIDIA® GeForce® GTX 1080 Ti GPUs in SLI1 so gamers can enjoy their favorite game titles at incredibly high screen resolutions, as well as premium VR experiences, Acer said.

“The 8th Gen Intel Core i7+ 8700K is the best desktop gaming Intel has ever built, and when combined with the acceleration and responsiveness offered by Intel Optane memory, the result is incredible performance needed for the most demanding gaming experiences,” said Steve Long, vice president and general manager of Client Computing Group Sales and Marketing, Intel.

“The close collaboration with Acer to bring Intel’s best-in-class performance to life is on full display with the new Predator Orion 5000 and 3000 Series gaming desktops,” he said.

“Powered with the extreme gaming horsepower delivered by our GeForce GTX 10-series GPUs, the Predator Orion 5000 can run the most graphically-demanding games with ease,” said Kaustubh Sanghani, general manager of PC Platforms at NVIDIA.

The Predator Orion 5000’s chassis has a transparent side panel to show off its powerful internals and is EMI-compliant to protect users and peripherals from potential electromagnetic interference, according to Acer.

Easy-open side panels allow users to quickly swap out components and cables during upgrades. The IceTunnel 2.0 airflow management design segments the system into different thermal zones and provides each sector with its own airflow tunnel to expel heat, it said.

A front mesh panel with dust filters allows the Predator Orion 5000 to inhale massive amounts of air while filtering out annoying dust. Additional features for core gamers include Killer LAN high-speed Ethernet, cradles for audio headsets, a carry-handle for portability and Acer’s signature Predator design for aggressive yet refined styling, the company said.

With up to 8th Gen Intel Core i7+ processors, and up to NVIDIA GeForce GTX 1080 GPUs, the VR- ready Predator Orion 3000 supports 4K gameplay as gamers take aim at opponents on the battlefield with crystal clarity.

Like the 5000 series, the Predator Orion 3000 can be configured with up to 32 GB of Intel® Optane™ memory to increase responsiveness and load times, and up to 64 GB DDR4-2666 RAM to support lightning fast action while playing the latest titles, Acer said.

Predator gadgets and accessories to complete the gaming experience

Alongside the new Predator Orion 5000 and 3000 series gaming desktops, Acer has expanded its gaming gadget and accessory line to complete the gaming experience with consistent quality:

•  Predator Cestus 510: a customizable high-performance gaming mouse with a precise optical sensor that supports up to 16,000 DPI.

•  Predator Hard Case: protects the most valuable assets with a hard-as-rock outer shell and customizable foam inserts that fit exactly around your computer.

• Predator Mousepad series available in plastic or fabric finishes with dramatic cinematic landscapes to keep the player in the game.

In addition, Acer also announced its new Swift 5 notebook designed for users who want superb portability, solid performance, and a touch of style.

With a 15-inch display, the elegant chassis weighs less than 1 kg (2.2 lbs), ideal for people always on the go. The Swift 5 is powered by Windows 10, the latest Intel® Core™ processors and features exceptional performance and battery life that lasts through the workday, according to Acer.

“We’ve kept the weight under the 1 kg mark by using ultra-narrow bezels and a marginally larger chassis,” he said.

The Swift 5 features Acer Color Intelligence™ technology, which dynamically adjusts gamma and saturation in real-time, optimizing screen color and brightness without clipping or oversaturation, while Acer BluelightShield technology allows adjusting of the screen’s blue-light emission over extended periods of use, Acer said.

The Swift 5 is constructed with advanced materials including ultra-light magnesium-lithium alloys for the top and bottom cover, and magnesium-aluminum alloys for extra sturdiness on the palm rest area. Thanks to the LED backlit keyboard, users can work effectively on the go all day and even at night, it noted.

Powered by the latest Intel® processors, the Acer Swift 5 offers an exceptionally fast and responsive experience with battery life that lasts through the workday. The Swift 5 features Intel® Wireless-AC 9560 which offers 2×2 802.11ac wireless Gigabit performance that enhances streaming, sharing, conferencing and gaming experiences, the company said.

Up to 1 TB of SSD storage and up to 16 GB of DDR4 memory keeps the system fast and responsive, while connectivity is provided through one USB 3.1 Type-C Gen 2 port (10 Gbit/s data transfer, supporting power delivery and display output), two USB 3.1 Type-A ports (one with power-off charging functionality), an HDMI port, and an SD card reader. The Swift 5 supports Windows Hello through a fingerprint reader, allowing users to log in to their accounts faster and more securely, according to Acer.

By Stephanie Chao, The Eye on Taiwan staff writer It’s that time of the ye […]