Consumers are urged not to buy or consume a kind of coffee product from Malaysia as it has caused at least five people to be hospitalize for alleged food poisoning, according to the Food and Drug Administration. 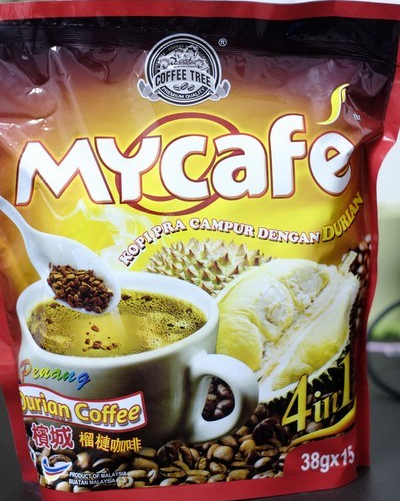 Consumers are urged not to buy or consume a kind of coffee product from Malaysia as at least five people were taken to hospital after drinking the instant coffee mix, according to the Food and Drug Administration.

The product, known as “My Cafe Durian White Coffee,” which is not imported but is available through some online shopping websites, was found to have been contaminated by some harmful substances and five people in Malaysia were poisoned after consuming it, FDA said.

According to FDA, a combined 200 cartoons of the product in question had been imported to Taiwan in 2012 and 2013 but they should have already expired in Aug 2014.

Taiwanese tourists traveling to Malaysia are urged not to buy the product and take them back to Taiwan, a FDA spokesman Cheng Wei-chih said.

Cheng said a recent check of the Internet shopping platforms has shown that the coffee mixes can still be found in the shopping lists, but major platforms like PCHome have labeled that they are already “sold out.”

Cheng said there was no transaction record either about sales of the coffee mix in question in the past four years.

Asked whether the coffee mixes sold through those online channels should be taken off shelves, Cheng said according to current regulations, if citizens wish to bring “My Cafe Durian White Coffee” back to Taiwan, they cannot bring more than 6 kilograms of such mixes back. Nor can they resell the products in Taiwan, he noted.

Those found selling them online will face fines between NT$30,000 and NT$3 million, Cheng said.