Most military conscripts are keen to get away from Kinmen once they end their enlistment periods. And one thing that makes them to go back for revisit is food that they can’t find in Taiwan proper.

For many conscripts in Taiwan, being stationed in Kinmen County means being far away from the usual comfort of the family meals or the food stalls in one’s neighborhood.

Most are keen to get away from this small island once they end their enlistment periods. But a long while after they return to Taiwan proper, there’s always a sense of nostalgia among them, given the sweet and bitter memories of their time in Kinmen.

For a number of them, the food in Kinmen is especially memory-provoking.

Before I left for this island county, some former conscripts suggested that I try out these food staples which they had eaten regularly while being posted there, and I am glad I took their advice.

Fried instant noodles! Yes, that’s what they recommended. It sounds hardly exciting at all, but for some reason, the fried instant noodles there tasted incomparably better than what I had in Feng Chia Night Market (逢甲夜市) in Taichung.

Given that most conscripts are healthy, able-bodied young men, Hongmei Restaurant (鴻美餐飲)–said to be the first place in Kinmen offering the dish– serves the fried instant noodles on big plates. So it might be a tad too much for people with a smaller appetite.

The restaurant uses the “Wei Lih Mien” (維力炸醬麵) variety, making the dish a bit on the spicy side and the sauce of heavier flavor. Pork, carrot, and spring onions are sprinkled and mixed thoroughly with the noodles. I definitely enjoyed the fried instant noodles, (think of fried noodles but with the curly, instant noodle variety) and washing it down with oyster soup was definitely a unique treat.

I was a bit apprehensive before heading to Hongmei, as there were mixed reviews on the Internet regarding the flavor — sometimes it was great and sometimes it was too mild. The sauce was heavy on the day I visited, so I guess the flavor depends on who’s manning the kitchen.

The restaurant is also a traditional convenience store, selling beverages, snacks and the like for the locals.

It was unfortunate for me to miss out on dining at Kow Kun Beef Jerky (高坑牛肉乾), which has a restaurant in Jinsha Township, Kinmen, and the most popular venue and brand to savor the island’s famed beef cuisine.

However, another place called “Tan Tien Tower” (談天樓) offers not only beef noodles but also rice dumplings. Since it was quite cold the day I visited, I ordered their usual beef noodles and a sweet fermented rice dumpling, which can be served hot in the winter. They also have cold products for the summer.

One thing that left a lasting impression on me regarding the beef noodles was the texture of the meat — it wasn’t too stiff or rubbery, but on the soft side. The noodles weren’t extraordinary, but the soup was less heavy and smoother.

The sweet flavor, the tang of fermented rice, is soothing for the stomach in winter, while the dumplings are filled with black sesame paste, making it a delicious combination that’s not too sweet. I don’t particularly have a sweet tooth, but at that time I was able to finish the entire bowl (and the soup), despite the fact that I wolfed down a bowl of beef noodles minutes ago.

As Kinmen is famous for its oysters, it would be a shame to miss out on dining cuisines featuring the delicious, plump (depending on where the oysters are farmed) mollusks. After touring De Yue Tower (得月樓), Jin Dao Di (金道地) was just a few minutes’ walk away, so it was a natural choice for a late lunch for me.

I ordered their oyster vermicelli, an oyster omelet, and fried-taro meat rolls.

Oyster omelets, a popular staple street food in Taiwan, can be found in night markets across Taiwan. However, I do not think I’ve seen an oyster omelet with so many oysters as the one this restaurant has offered: I flipped the omelet over and found that the underside was completely covered with oysters. 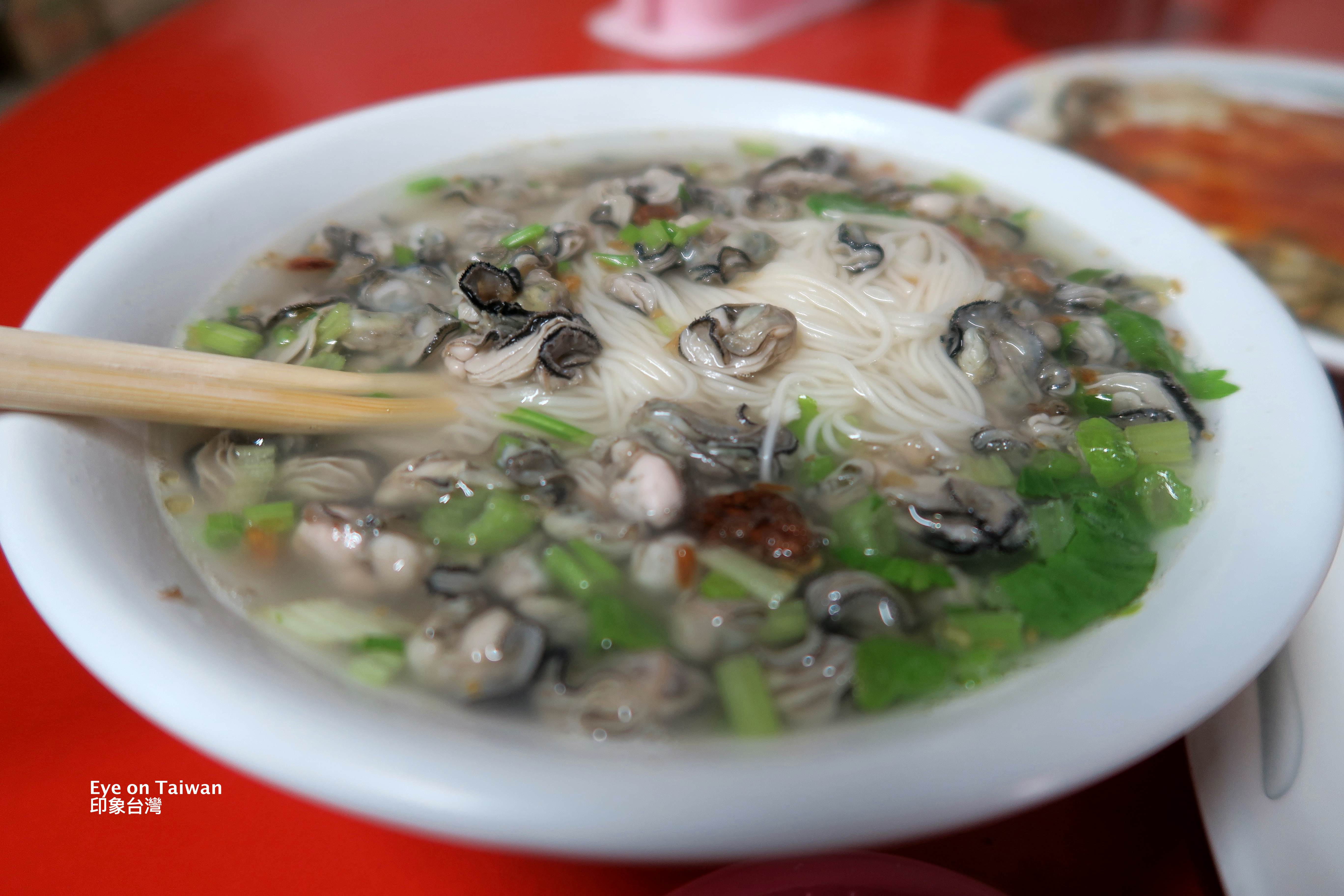 Their oyster vermicelli was full of oysters as well. Each bite or gulp would be a mouthful of oysters. Without the fried-taro meat rolls as a side dish, it could be extremely easy to feel nauseous after eating too much of the mollusks.

I found the flavor of the fried-taro meat rolls a tasty side dish. The rolls were all handmade by the owners of the restaurant and fried to the crisp without being too oily.

The dishes here aren’t particularly delicious or better prepared, but if you want ample amount of oysters on your plates, this is the place to go.

A great way to shave off some of the weight gained from eating all that delicious food is some exercise. Upon the recommendation of the hostel owner (where I stayed for the non-working part of my trip in Kinmen), I visited the Caicuo Historical Trail, located on Kinmen’s highest point, Tai Wu Mountain (or Taiwu Shan).

To climb the mountain, most tourists would head up from the other side to hike the “Tai Wu Shan Hiking Trail” (太武山登山步道), where it features a gentle slope and historical or military monuments dotting the path. If you’re a geology fan, going up on this side of the mountain is a treat for the eyes with its granite rock layers.

Caicuo Historical Trail offers a different sort of hiking, with some parts of the trail marked with steep steps and boulders. It would be better to hike up the trail on a sunny, clear day, as a drizzly day might leave parts of the trail slippery and dangerous to attempt.

Regardless of the sunny weather, the trail is lush with greenery. Occasionally look behind you as you climb, and the entirety of Kinmen’s west coast is brought before you. 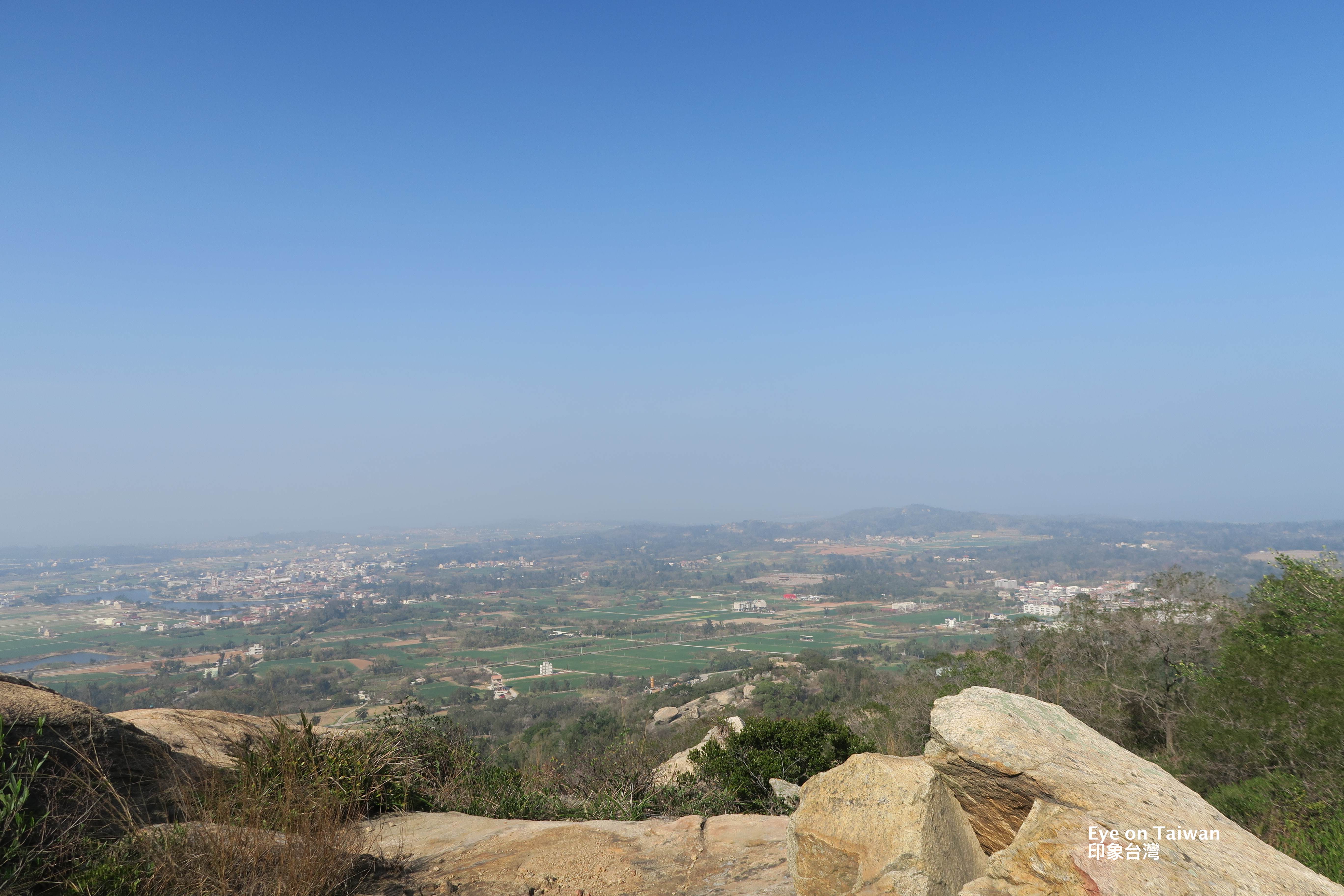 My destination was Haiying Temple (海印寺), the center of Buddhism in Kinmen, located in the valley between the twin peaks of Tai Wu Mountain. As I neared the temple on the trail, the far-off, slightly muted Buddhism music could be heard if you stilled your breath and open your ears long enough. The locals often come up to pray for good luck and well-being.

There is a store offering Buddhism-related products and beverages such as tea and coffee for the travel-weary, but don’t get your hopes up unless you’re fine with parting a few hundred New Taiwan dollars to support the local business.

To get here, look out for the road signs directing to “Caicuo (蔡厝).” The small town and the trail are located in Jinhu Township, Kinmen.

I stayed at the “Tree Hostel” (幸福樹舍) for the non-working part of my Kinmen trip. I chose to stay here due to its location and price, which are perfect for backpackers and budget-conscious travelers.

It’s a quaint building close to a temple and offers all the essentials. Since it’s an eco-friendly hostel, they don’t change the bed linings until after you check out and if you’ve somehow forgotten to bring toiletries, they offer them at a price. 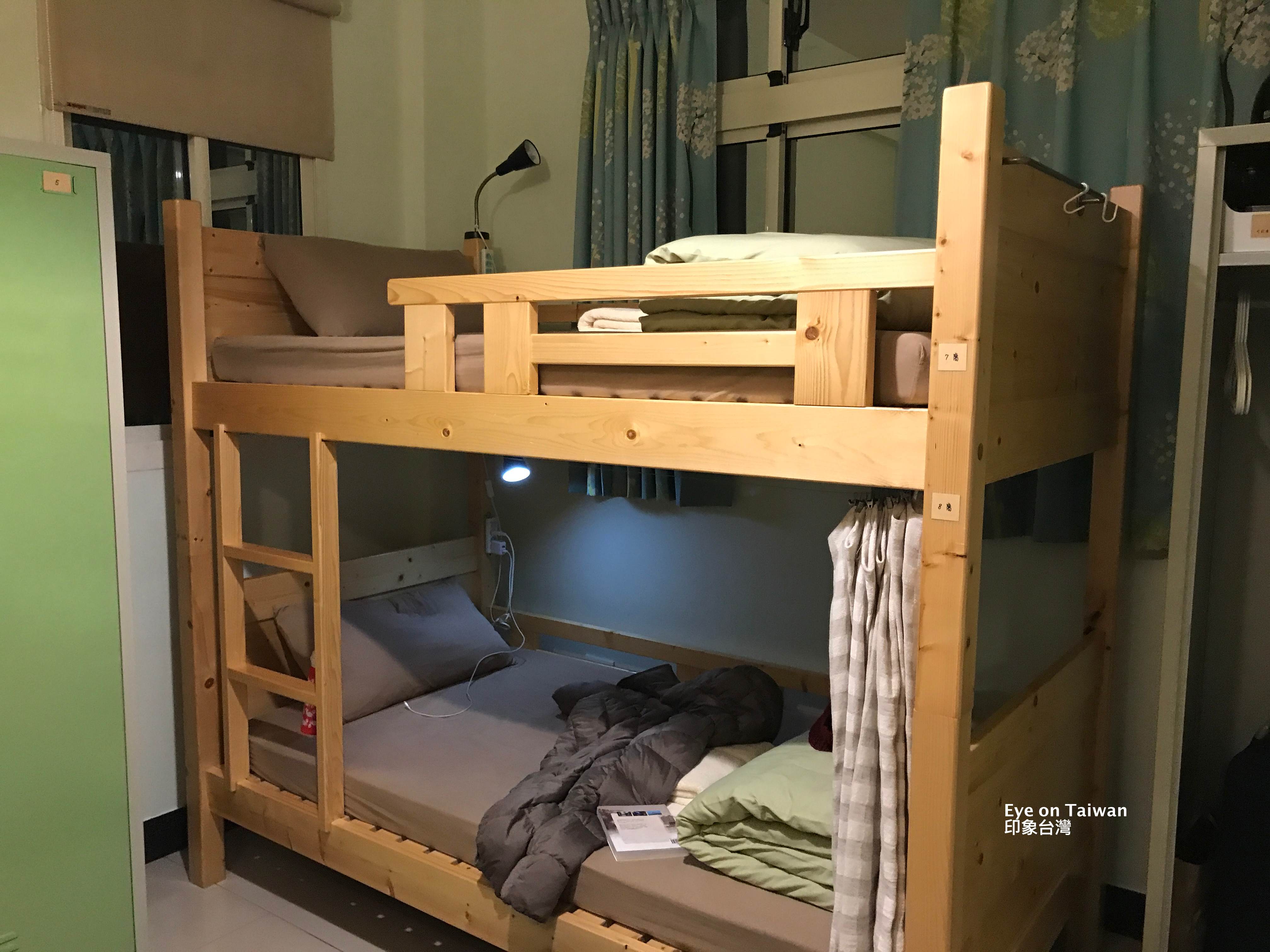 Tree Hostel is just far off from the bustling business center to feel the chill and quietness of the countryside, but it’s not too secluded, either. It’s quite near the center of Greater Kinmen island, so getting around to both the sides of the island proved to be convenient.

The owners are also very hospitable. If you have any problems or questions, they’re more likely to shower you with help and advice than give you the cold shoulder. 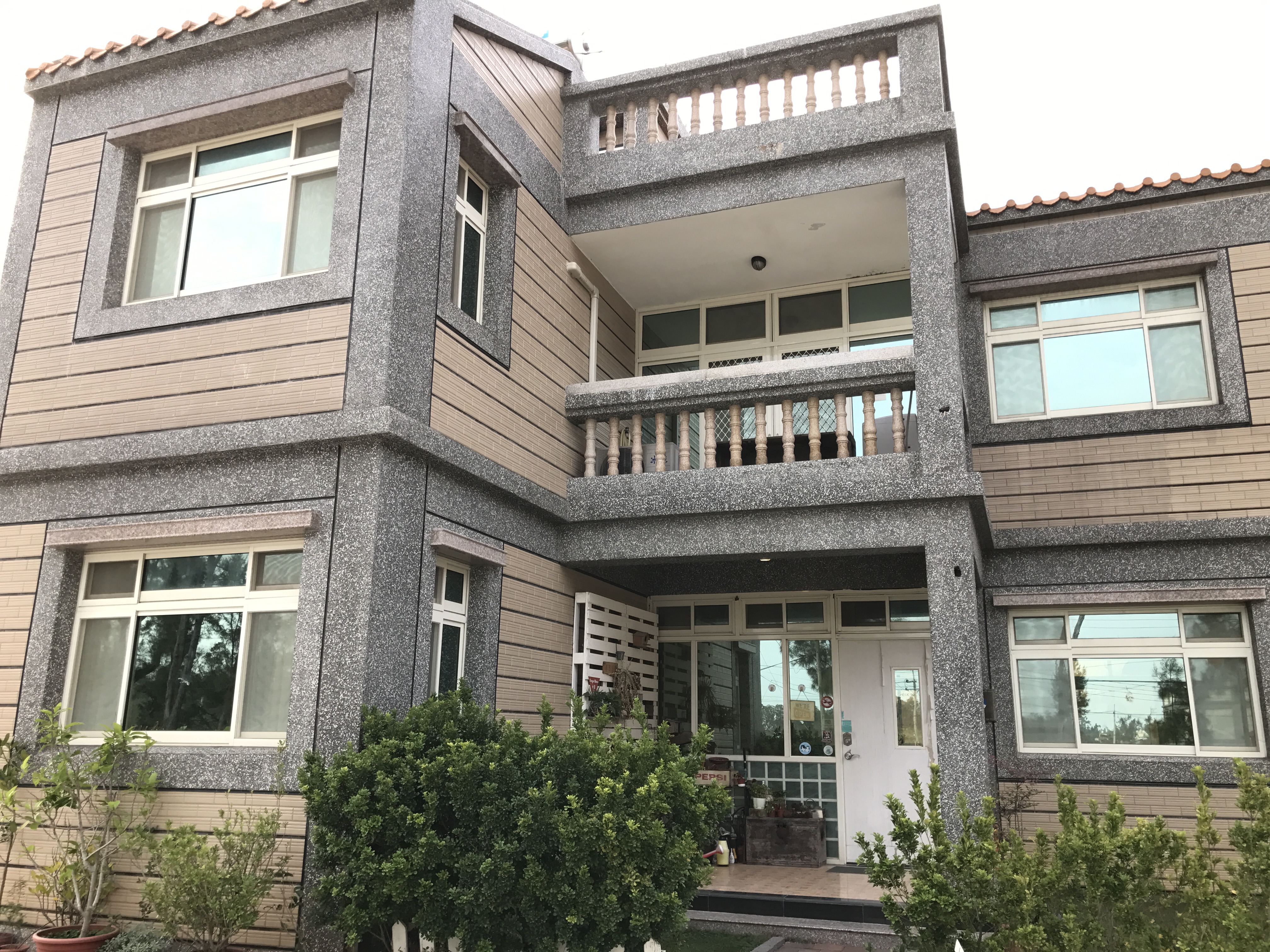 Disclaimer: The Eye on Taiwan writer visited these locations on the suggestions of friends, locals, research and getting lost. We do not have any affiliation or collaboration with these businesses. I prefer flavors that are less heavy on the sauces, and any criticism does not mean that I would not recommend those places to the reader, rather it is more of a personal preference and serves as a reference for anyone looking for places to eat in Kinmen.