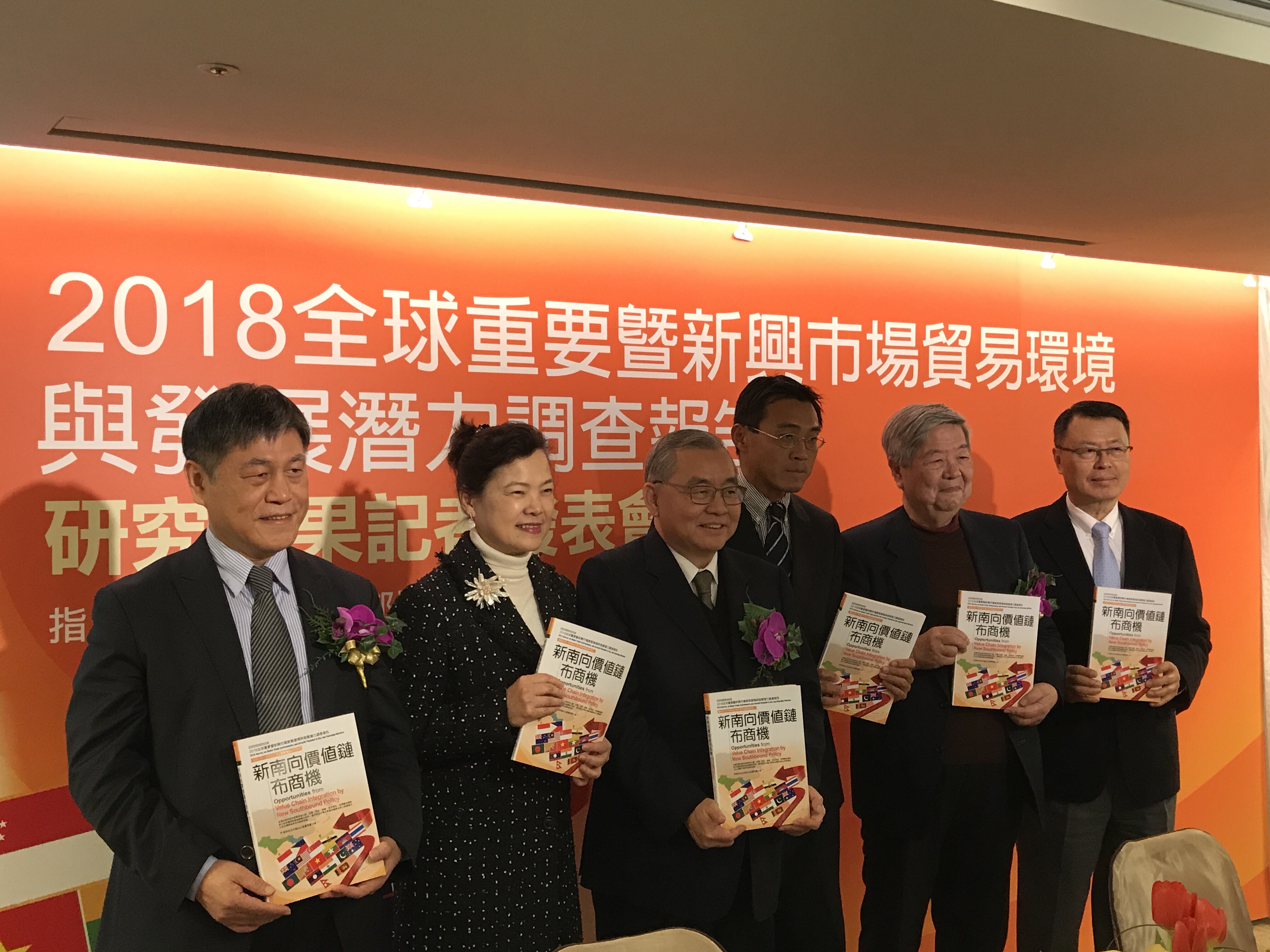 Instead of being rated as one of Category A’s “highly recommended economies to trade with,” Taiwan’s trade competitiveness has been downgraded to Category B or “an economy recommended to trade with,” according to the annual rankings released by the Imports and Exports Association of Taipei (IEAT) on Wednesday.

The decline was due to Taiwan’s high level of reliance on mainland China, a reduction of its soft power, stagnant wages, a shortage of talent and poor government execution ability, IEAT said in a news conference in Taipei.

It urged the government and local business leaders to leverage the current recovery of the global economy, lay down the groundwork to create a New Southbound value chain and create new business opportunities to boost Taiwan’s trade competitiveness.

Of the 54 markets worldwide, Taiwan was the only market to have declined for six consecutive years, according to the latest survey on Global Trade Environments and Growth Potentials in Key and Emerging Markets.

In 2012, Taiwan was still listed as one of the Category A economies, ranking 8th out of the 54. But in the 2018 survey, Taiwan fell to second place in Category B.

IEAT offered four suggestions for the government: To keep up with changes in China and the rise of emerging markets by moving away from “only China” to “including China;” collaborate with local enterprises and move away from the “traditional southbound” trading policy. From a creative, innovative economic point of view, Taiwan should increase investment in artificial intelligence, Internet of Things, 5G and big data, it said.

Southbound countries on the rise

The survey has found that most of the targeted markets of the government-sponsored “New Southbound Policy”  have a noticeable improvement in trade competitiveness, such as the Philippines, Vietnam, Indonesia, Thailand, Malaysia, and India.

Among those countries, Vietnam has boasted the biggest growth in trade competitiveness, moving up six places to rank 27th, due to its cheap labor force, natural resources, and stable politics.

Lu Horng-der, director of the survey program, suggested that the government consider tying its southbound-initiatives with China’s “One Belt and One Road” infrastructural development scheme. He also said there is a need for Taiwanese businesses to team up for stronger negotiating power rather than fighting alone in exploring a market.

The survey has indicated that Germany ranks No 1 as the top 10 economies with highest trade competitiveness, followed by Singapore, the United States, the Netherlands, New Zealand, Canada, Australia, Hong Kong, the United Kingdom, and Japan.

This year marks the 10th anniversary of IEAT’s survey, IEAT Director Huang Cheng-chung said. Since its publication 10 years ago, the association has provided short-term, long-term suggestions for the government and industry leaders, he added.