Hong Kong-based charitable group Sowers Action is holding a charity golf event in association with the Clearwater Bay Golf & Country Club in Hong Kong on Friday to raise funds for underprivileged children of developing areas in need of education and care. 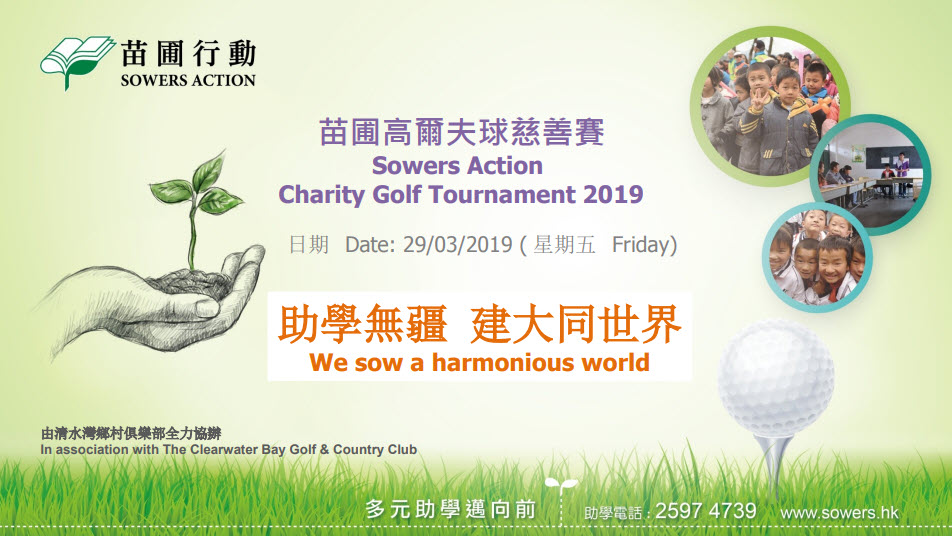 Hong Kong-based charitable group Sowers Action is holding a charity golf event in association with the Clearwater Bay Golf & Country Club in Hong Kong on Friday to raise funds for underprivileged children of developing areas in need of education and care.

The Charity Golf Tournament 2019 kicked off at the club in Sai Kung in the early afternoon with a great number of philanthropists participating in the event.

Hong Kong’s popular TV actor-host Patrick Dunn, and famous chef and chairman of Dragon King Restaurant Group Stefano Wong Wing-chee, who serves as the event’s ambassador for the third year, teed off to officially start the game at the club.

The charity golf game, the sixth organized by Sowers Action since 2014, raised some HK$700,000 (NT$2.6 million) during the 2018 event. Sowers Action is aiming to raise more than that amount this year.

“It is our great honor to receive the support from the Clearwater Bay Golf & Country Club again and to present to you the Sowers Action Charity Golf Tournament 2019,” said Stella Lo, convenor of Sowers Action’s Tournament Organizing Committee 2019.

“With a thankful heart, we have again received great support from sponsors, golfers, guests, and volunteers from various sectors this year. Some of them have been with us since the first tournament in 2014,” she said, adding it is also encouraging to see old friends and new faces gathering at this world-class golf course again, joining hands to raise fund for the underprivileged children in developing countries.

“To repatriate the kind hearts of our participants, thanks to our sponsors, nicely designed goodie bags full of attractive gifts, interesting gifts for on-green games and the best tournament prizes are waiting for you. We also urge you to help to win the hole-in-one insurance to foot the event F&B expenses so that the amount saved will go to the donation pool,” Lo said.

She said after the exciting tournament,  a fun and enjoyable evening with live music, fortune telling, stall games, charity sales, live auction, and the lucky draw will be held and guests will have a chance to bring home famous wine, mouth-watering banquet coupon, golf vouchers, holiday resort package, and etc.

The evening event is to be accompanied by the committee’s music sponsor, OMG Band and a special guest — Bob Lam — who are to indulge all guests and participants with their beats and rhythms, Lo added. 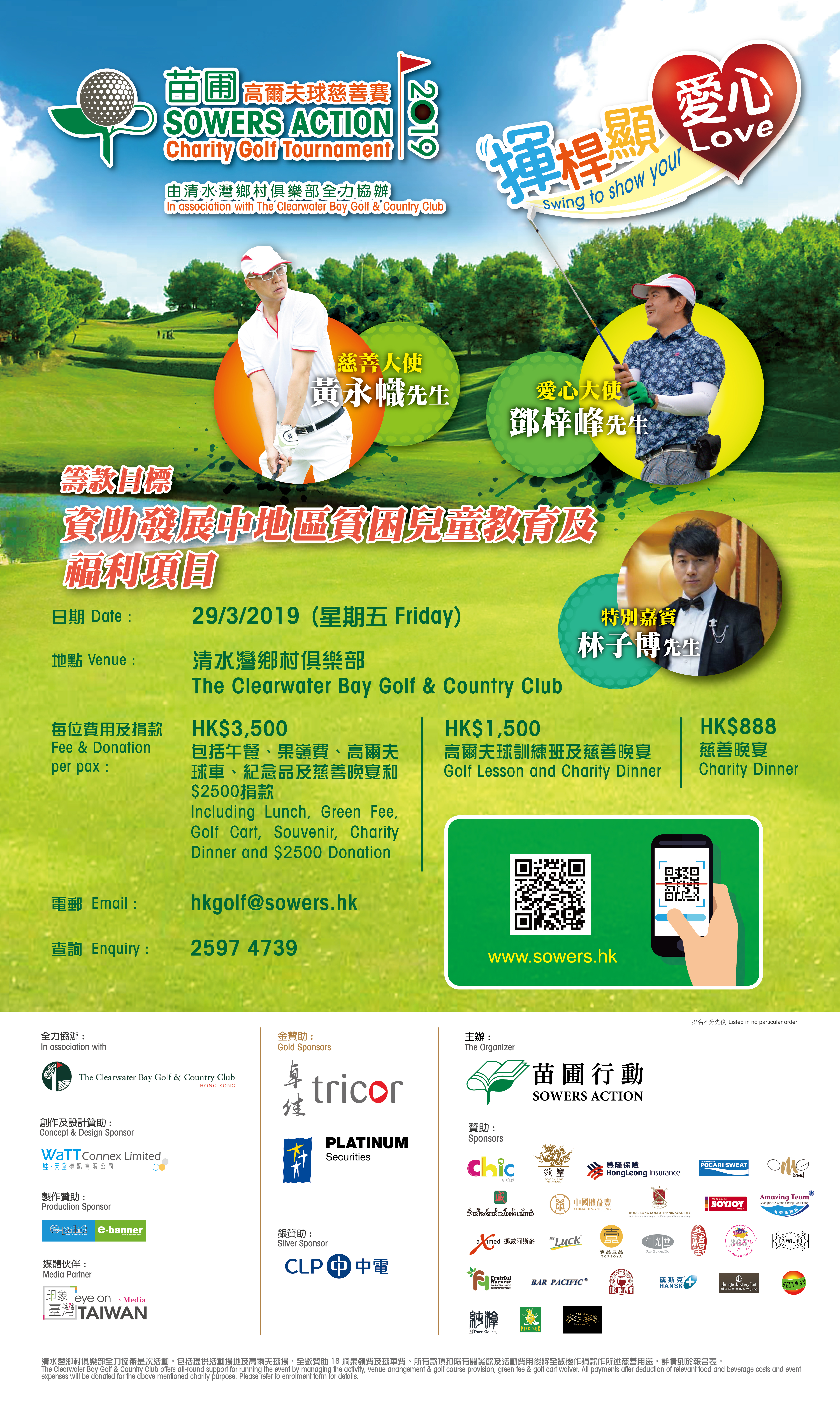 Representatives of the American Institute in Taiwan (AIT) Kaohsiung Branch Office will visit Taitung City on Monday, January 22 to provide those consular services and answer questions as part of the services for American citizens, the AIT said in a statement.