A three-member Taiwan team on Saturday headed for Prague where they would begin a 40-day, 16,000-km journey across the mountains, desert and steppe of Europe and Asia, in what is known as the greatest motoring adventure on the planet.

A three-member Taiwan team on Sunday headed for Prague where they would begin a 40-day, 16,000-km journey across the mountains, desert and steppe of Europe and Asia, in what is known as the greatest motoring adventure on the planet.

Led by Chiu Yu-hsiang, 22, who will graduate from Chinese Culture University in Taipei this summer, the group is expected to arrive in the Czech’s capital city of Prague on Monday and join 400 other teams from all over the world for the 2018 Mongol Rally.

The three are scheduled to drive a 10-year-old 1,000-cc Skoda which they have bought in Prague through a friend into Germany, the Netherland, Poland, Lithuania, Latvia before going through the desert of Mongolia to their final stop at Ulan Ude in Russia — in line with the requirements of the organizer, the League of Adventurists International Ltd. 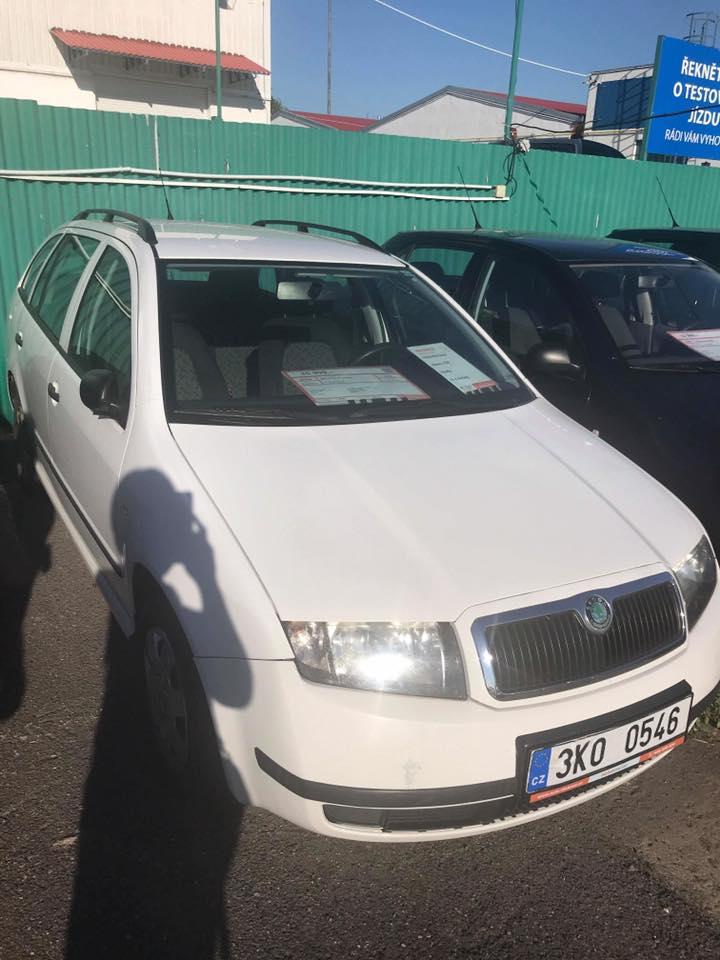 “There’s no backup, no support, and no set route; just us, and our fellow adventurists in a worn-out car that could break down at any points during our journey,” said Chiu, leader of the group, in a phone interview with the Eye on Taiwan before departing Taipei.

Mongol Rally is one of the seven popular adventures held annually by the Adventurists to raise fund for environmental conservationists, in particular, the UK-based Cool Earth, an international NGO that protects endangered rainforest in order to combat global warming, protect ecosystems and to provide employment for local people.

Chiu and his partners, Huang Yi-hsien, 24, an electronic engineer, and Huang Yu-lun, 33, a mechanic, won the qualification in April to join other international teams to take part in the event, whose participation had long been their dreams since teenhood.

With adventurous hearts, a common goal and determination to help save the environment, the three formed the “Mongol Rally Taiwan Jai Ba Team” to register for this year’s motoring adventure.

“Through the adventure, we hope to learn to cope with various kinds of challenges and hardships,” Chiu said, adding they also hope to help increase Taiwan’s visibility in the world through their participation in the journey and promotion of the Cool Earth’s “help save rainforests” goal.

He said part of the team’s title “Jai Ba” is a colloquial Taiwanese slant, meaning “Have you taken meals?” “It actually is a kind of a greeting to people — strangers or not — in a warm and passionate way,” Chiu explained, noting by using that title, they hope to associate with people in other countries in a friendly and passionate manner, thereby building a friendly link between Taiwan and the world.

While Huang Yu-lun is to deal with the mechanic problems of their humble vehicle throughout the adventure, the other Huang would take care of the logistics and backup issues. “I will be responsible for videoing of the entire journey as well as local people’s efforts to save the diminishing rainforests,” he said.

In addition to driving a crap which is likely to break down at any moment and hitting the destination in 40 days on their own’s efforts, each team is charged with the mission of raising 1,000 British pounds for charity, of which half would go to Cool Earth and the rest at the team’s choice. 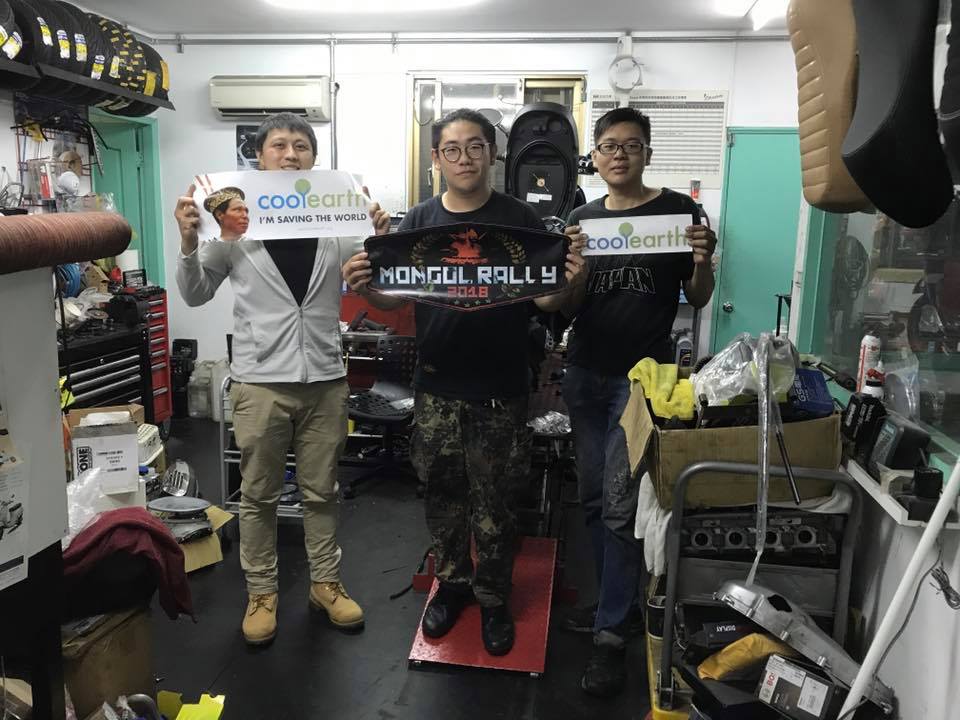 “We have already raised part of the charity fund in Taiwan,” Chiu said, adding he believes they should be able to meet the required amount by the time they complete the adventure.

“What we are concerned is the lack of google maps in Mongolia, which would make it highly difficult for us to locate the right route,” Chiu said.

As for food and other supplies, Chiu said they have pretty much covered the must-need in the journey, including boxes of instant noodles.

Asked if his parents support his adventure, which is full of unknown factors and risks, Chiu said: “They have given me their full support.”

According to the organizer, each team can take any car as long as it is “crap and with an engine of 1 liter or less. “You need to drive a small, shit car to make the rally tougher. It’s no fun if it’s too easy. If you want it easy, go for a spa weekend,” the organizer said on its website.

“If it’s not dangerous and you aren’t lost, you’re not on an adventure. That means no on the road backup or support. If you get stuck or in trouble, you need to solve the problem yourself. Any ‘Help! We’re broken down in Tajikistan,’ type phone calls to Rally HQ will be met with a snort of derision and a click of the receiver,” it said. 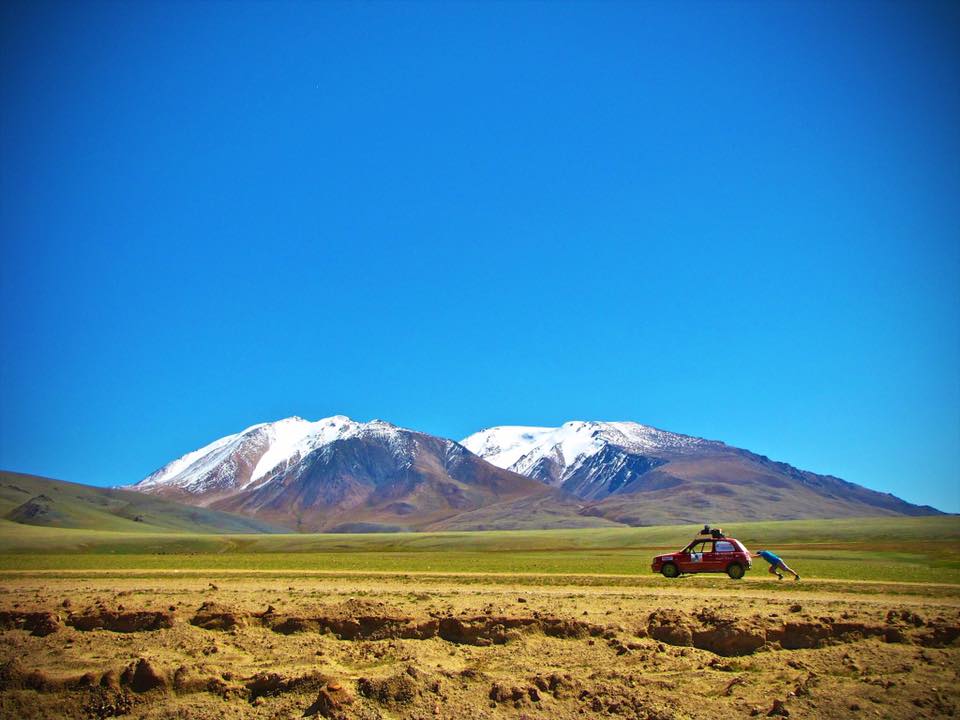 While not all teams have been able to make it to the destination,  there have been reports of injuries of the racers since its inaugural rally in 2004.  In 2010 an adventurer was killed and one injured in an accident while crossing Iran.

“I hope everyone can return home safely after the rally,” Chiu said, adding he and his friends also hope that by taking part in the event, “it will help increase Taiwan’s global visibility and allow the world to know more about Taiwan.”

Taiwan has invested NT$60 million in opening a supply chain hub that teams up with a large number of local professional organizations and schools in a collaboration to upgrade functional fashion industry on the island.