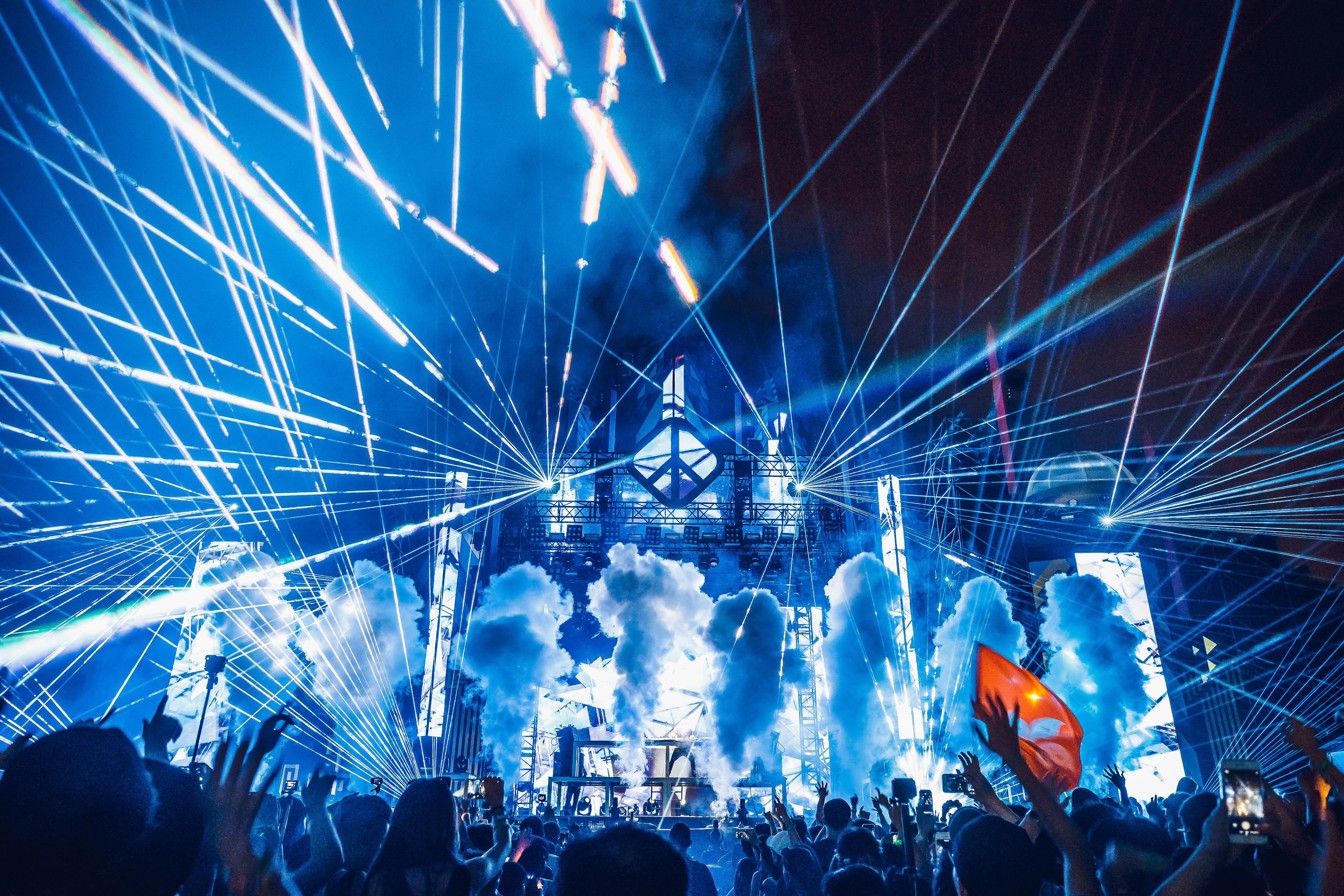 The event, the second of its kind to be held at Pushin Ranch in Taoyuan, northern Taiwan, will feature performances by around 50 domestic and international artists on its three stages, themed “the Kingdom of Looptopia,”  “White Palace,” and “Monster Tower.”

As a sign of rising popularity of electronic dance music (EDM), more and more international, big-name music festivals have come to Taiwan for performances in recent years. In other parts of the world, huge music festivals usually are a major driver of tourism, and it is what “the LOOP,” Looptopia’s organizer, hopes to achieve this year.

Last year’s Looptopia attracted over 30,000 festival-goers, with at least 70% from other countries.

For the best music experience, DJ SNAKE, who produced with Justin Bieber (Let Me Love You), Lady Gaga’s (Government Hooker) and the 2015 hit “Lean On (feat. MØ),” is the top DJ performing in this year’s Looptopia.

Yellow MF Claw, the world’s most iconic trap duo known for their explosive live performance combined with trap and hardstyle, is coming back this year for Looptopia 2018.

Award-winning Axwell Λ Ingrosso, the EDM Swedish duo, will also come to Taiwan to play their popular sets, marking their first time performing in Taiwan as a duo. The two have been invited to popular international music festivals Tomorrow Land and Coachella as their major guest DJs.

Other music artists on the lineup are Vini Vici, the Israeli duo who have successfully introduced psytrance into the mainstream market; JAUZ, American super talent in genre blending who will come to Taiwan for the first time; Lost Frequencies, one of the top 100 global DJs from Belgium, and Taiwanese singer-rapper DJ Didilong.

One of the three stage themes, Monster Tower, is borne out of a collaboration with Dutch company Q-dance, which mainly organizes events that focuses on the harder styles of dance music-mainly Hardstyle, Hardcore, and Hard Trance.

This would be Q-dance’s first debut in Taiwan as well. 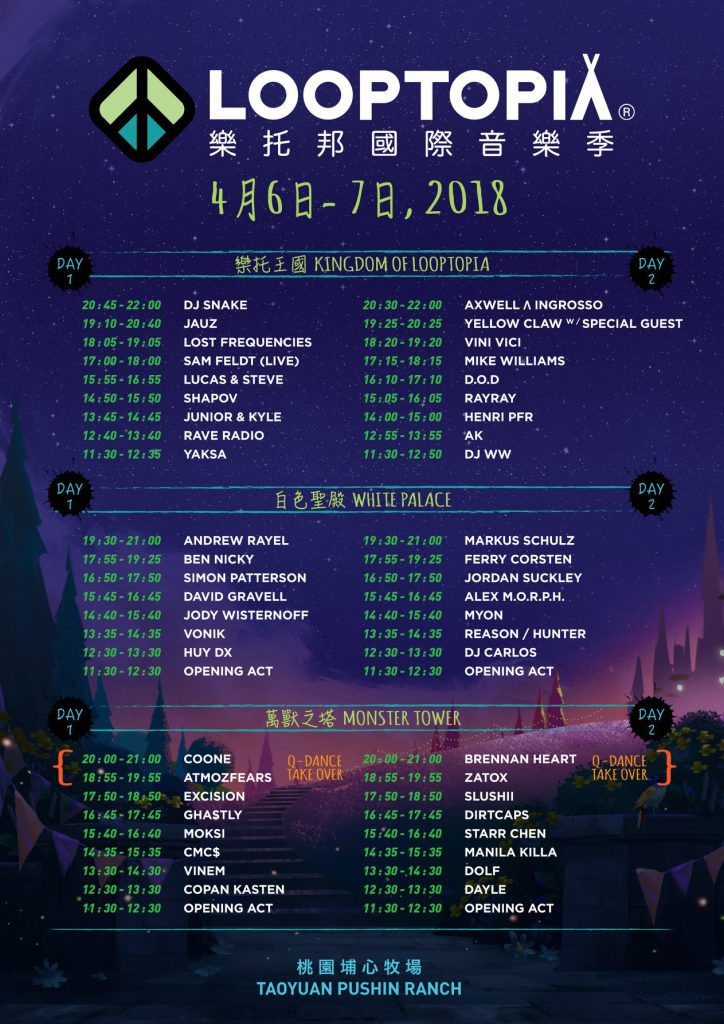 For more information regarding venue, tickets and camping details, refer to Looptopia’s website at https://looptopia.cc/?lang=en or their Facebook page at Looptopia Music Festival 樂托邦國際音樂季.

Gov’t to roll out multi-language interpretation service for tourists