The Taiwanese firms will join 850 exhibitors from 37 countries and regions to promote their products in the four-day FILMART, which will kick off in Hong Kong on Monday.

The trade fair is one of the nine events under the Expo Hong Kong, which will open on the same day with a kick-off ceremony, according to the organizer, the Hong Kong Trade Development Council.

Taiwan’s Bureau of Audiovisual and Music Industry Development under the Culture Ministry said the participation in the fair will not only help promote Taiwan productions in the global market but also exhibit Taiwan’s prowess in digital production and special effects.

Bureau Director Hsu Yu-chun was quoted in a press statement by the ministry as saying that Taiwan has selected three films —  Explosion (引爆點) by Chuang Ching-shen (莊景燊), Sen Sen (生生) by An Bon (安邦), and Father to Son (范保德) by Hsiao Ya-chuan (蕭雅全) — for display and viewing during the trade fair to highlight the dynamics of the local movies.

To present the creativity, culture, and landscapes of Taiwan, the television series chosen include Iron Ladies (姊的時代), Angel Wei Wei (天使薇薇), and the Taiwan-Japan joint venture Fusulina of Remember (紡綞蟲的記憶)”  that explores life, love, cyberculture, and the relations between Taiwan and Japan, according to the press release.

The bureau has also set up two Taiwan pavilions at the trade fair for audiovisual operators to promote their works and business. A Taiwan-themed promotional event will also be held on March 19 to seek collaborative opportunities with professionals and companies from all over the world, it said.

Hong Kong–Asia Film Financing Forum (HAF), a platform for Asian filmmakers with new film projects seeking financing and meetups with potential partners, will also be held in conjunction with FILMART, it noted.

This year, director Arvin Chen’s (陳駿霖) upcoming film project Naive Melody (買一送一) and director Huang Xi’s (黃熙) Common People (普通情事) were selected by HAF. They will be meeting with film financiers, producers, distributors, and buyers during the three-day forum to seek opportunities for advancing their projects to the next stage, the statement said.

Following FILMART, two Taiwanese films – Omotenashi (盛情款待) by emerging director Jay Chern (陳鈺杰) and Xiao Mei (小美) by Maren Hwang (黃榮昇) – will open the 2018 Hong Kong International Film Festival on March 19. Another five Taiwanese films will also be screened at the festival this year, according to the press statement.

Fusulina of Remember (紡綞蟲的記憶), a drama series jointly produced by Taiwan and Japan, was released on Taiwan’s first streaming application “i・active APP” on Feb. 14, according to the Culture Ministry.

Subsidized by the ministry and the Bureau of Audiovisual and Music Industry Development’s Broadband TV Production project, the drama is a collaborative project targeting the Pan-Asian market.

Filmed in Japan, the drama opens a new page for cultural exchanges and commercial partnerships. It stars both Taiwanese and Japanese actors and actresses to boost cultural interactions and understanding between the two nations. The drama will also be aired in Japan for Japanese audiences to watch quality drama produced with Taiwanese characteristics, the ministry said.

Fusulina of Remember discusses topics on vegetation and land and explores the relationship between Taiwan and Japan over the centuries. It seeks to create a heart-warming story that integrates the cultures, societies, and aesthetics of Taiwan and Japan, it said.

March 19, 7:30 pm — Omotenashi (盛情款待)” by emerging director Jay Chern (陳鈺杰) discusses how cultural differences between a Taiwanese and Japanese family and emotions change the lives of those involved.

March 19, 9:45 pm — Xiao Mei (小美) by director Maren Hwang (黃榮昇) draws viewers’ curiosity and concerns about the missing titular character through a series of interviews with her friends, family, and acquaintances. The film was nominated for the GWFF Best First Feature Award in Berlin International Film Festival in January.

Cloud of Romance (我是ㄧ片雲) by actor-turned-director Chen Hung-lieh (陳鴻烈) is one of the 14 movies starring former Taiwanese actress Brigitte Lin Ching-hsia (林青霞) which will be screened during the festival as a tribute to the actress highly popular in Taiwan and Hong Kong. The movie — a digital restoration of its 1977 version — tells of bitter, triangular love which ends in a tragedy. 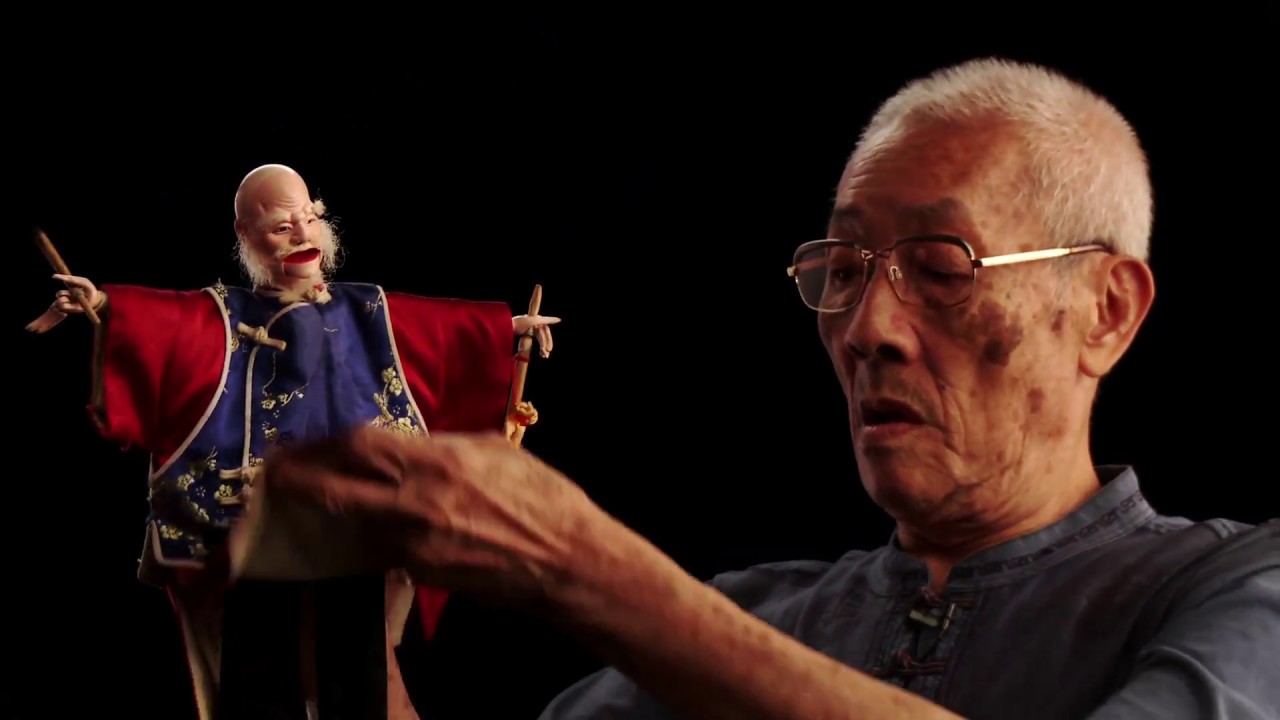 March 24, 4:45 pm — Father (Orignal Title : Red Box) is a documentary which has taken  director Yang Li-chou (楊力州) 10 years to finish. It is about the strained relationship between puppet master Chen Hsi-huang (陳錫煌) and his father Li Tien-lu (李天祿), the renowned Taiwanese glove puppeteer. At the age of 79, Chen set up his own troupe, which soon earned recognition all over the world. Nevertheless, Chen finds no one to pass on his great skills.

March 25, 6:00 pm –The animation film On Happiness Road (幸福路上) by Sung Hsin-yin (宋欣穎) tells of how kids wish they could become celebrities in their adulthood, but after they grow up, they just desire to have an ordinary yet happy life.

March 31, 1:30 pm — The Deserted (家在蘭若寺) by iconoclastic art house director Tsai Ming-liang (蔡明亮)  involves a man recovering from an illness, who is unable to communicate properly with either his mother or the female ghost who lives next door. Instead, he communes with a fish. At 56 minutes, it is the longest-ever VR film best viewed with the Vive VR headset developed by HTC and Valve Corp. The headset uses room-scale tracking technology that the company says “allows the user to move in 3D space and use motion-tracked handheld controllers to interact with the environment,” according to Variety.com

April 2, 8:00 pm — Secret Love in Peach Blossom Land, directed by Stan Lai (賴聲川), is another movie being shown as a tribute to Taiwanese actress Brigitte Lin (林青霞).  It combines two unrelated plays – a tragedy (Secret Love) and a comedy (The Peach Blossom Land) – on the same stage, mixing seriousness with banters.

Photo taken from IMDB.com showing Brigitte Lin in Cloud of Romance released in 1977.

To honor Lin, who holds a legendary status in Taiwan and Hong Kong cinema, the Hong Kong International Film Festival will screen 14 of her films and publish a retrospective book (Filmmaker in Focus: Brigitte Lin Ching-hsia. It will also hold a public seminar on March 31, in which the actress will discuss her film career.

In April, the Udine Far East Film Festival based in Italy will honor the 63-year-old former actress with its Golden Mulberry Lifetime Achievement Award.

Lin, who retired from her acting career in 1994, has starred in more than 100 films, appearing in “sentimental melodramas and wuxia titles, to thrillers and eccentric experimental projects,” which the festival will “distill” into a retrospective that will include the European premiere of “Cloud of Romance” (1977), which was recently restored by the Taiwan Film Institute, organizer of the Udine festival said in a press release. The 20th Far East Film Festival will be held April 20-28.

14 films by Brigitte Lin screened during the film festival: