The system, in coordination with CCD module, is able to detect oncoming cars and dynamically adjust the beam pattern, creating a future new trend for LED automotive headlights, Lextar said in a news release.

Lextar said the system was among the latest series of automotive LED packaging, LED module, light engine, and other products which were on display at the Auto Lamp Exhibition Shanghai (ALE) on Mar 28 and 29 to demonstrate the vertical integrated LED product capacity of Lextar.

Market research has pointed out the current market occupancy of ADB headlights will increase rapidly from currently less than 1% in the global vehicle market to 15% in 2025.

According to Lextar, which takes the initiative in smart headlights by investing in technological R&D, its ADB smart headlight module is equipped with 64 matrix arranged in-house chip scale package (CSP).

The module utilizes self-manufactured hi-power chips in coordination with optical design and CCD lens module, enabling it to detect oncoming and preceding cars and dynamically adjust the range of high beam and low beam, to prevent oncoming car drivers from being interfered by the light.

This can highly enhance driving safety and eliminate the need to manually switch from high to low beams when driving at night, Lextar noted.

The whole series of LED packaging components have passed the quality certification of AEC-Q102 and use Sulphur-resistant materials in order to provide customers with high quality and reliability, it stressed.

Module series can be customized according to customer’s demand and customized shaped light boards and optical lens can be made according to different cars. Moreover, the application of LED is further expanded to display panel and sensor applications besides vehicle lighting, it said.

Among them, Lextar’s VCSEL sensor module demonstrates anti-doze application, in which the camera and software can conduct 3D detection when drivers close their eyes, nod, yawn and have other actions, according to Lextar. 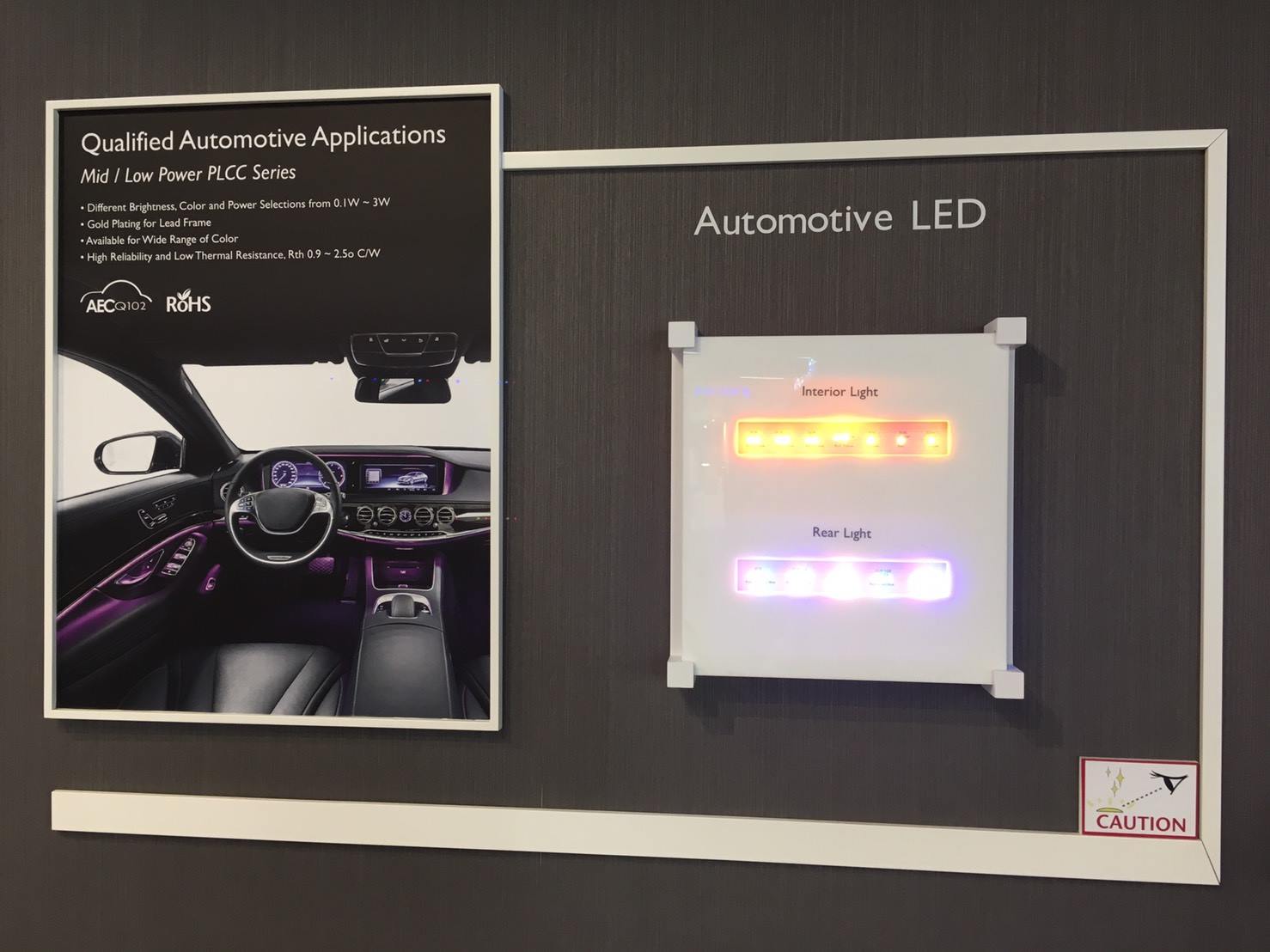 Lextar Electronics, founded in 2008 in Taiwan, is a subsidiary of AU Optronics, the world-class TFT-LCD, and solar PV manufacturer.

The company, which has around 4,500 employees, is headquartered in the Hsinchu Science Park in northern Taiwan. It has two manufacturing sites in Taiwan, and three in China — Suzhou, Chuzhou, and Xiamen. In 2017, its turnover amounted to US$403 million.