A brilliant 6-minute 3D projection mapping light show — “Space Adventure” — marked the opening of the Christmasland in the presence of hundreds of visitors, according to the New Taipei City Government.

A total of 900 LED tubes were also set up around the corridor of the 2nd floor of the Civil Plaza presenting a lighting show simultaneously with the 3D light projection show, the city government said.

According to the city government, there are not only spectacular programs each week, but also must-see attractions: the four light zones and four overpasses decorated with rose gold, pink, blue, and silver white lights.

This year, the light zones are extended to the busy and bustling Fuzhong Shopping Area to bring visitors an unprecedented, dreamlike, and elegant lighting area, it said, referring to a similar event which attracted tens of thousands of visitors last year. 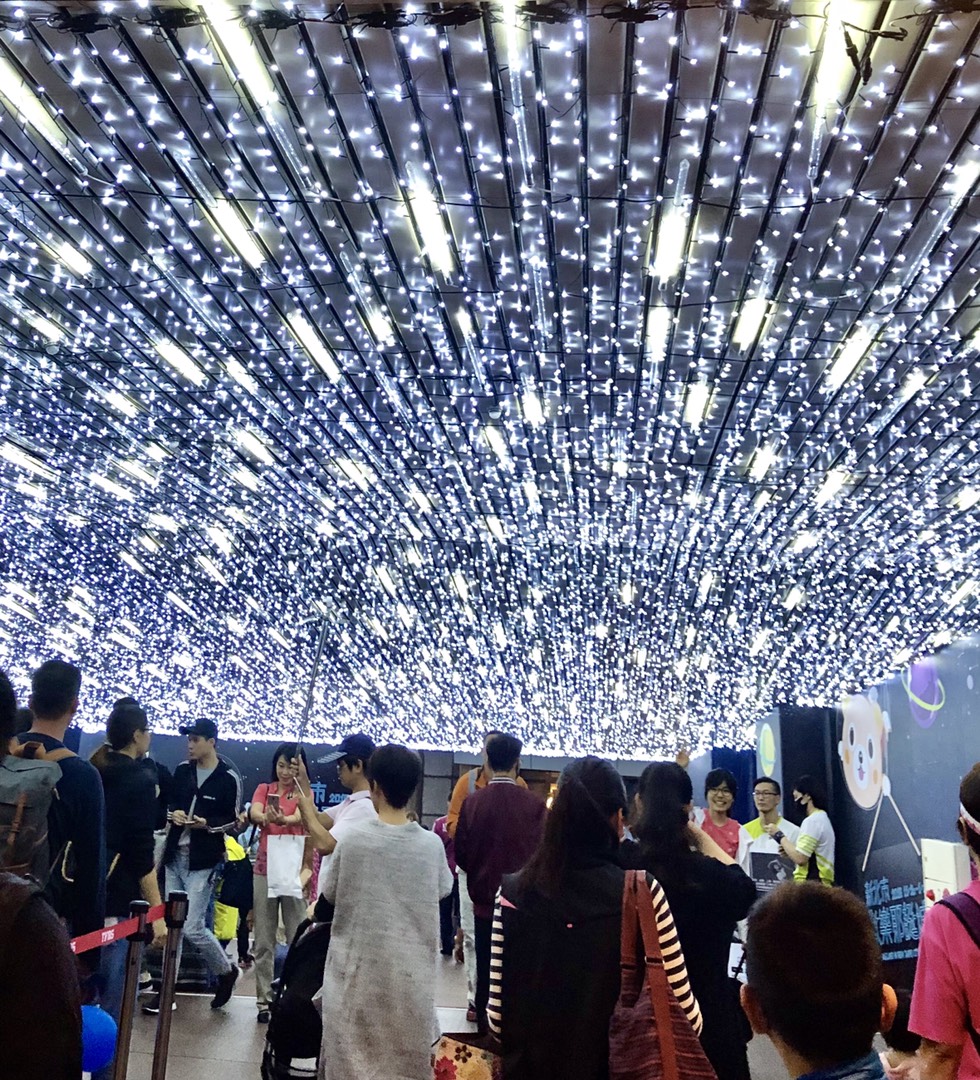 “Christmasland’s trademark “projecting mapping”- the largest in Taiwan for the entire projected area – brings yet another twist and innovation this year by attempting to install 900 tubes of RGB pixel-controlled LED at the cloister on the second floor of city government building for the first time ever,” the city government said.

Using the latest generation of a pixel-controlled lighting system provided by Germany’s Madrix, the LED tubes are tightly connected to either side of the Citizen’s Square to create a gigantic circular screen that runs from the city government building to the Christmas tree, it said.

A fascinating, colorful light show is to start every half an hour from Saturday, the city government said, adding this year, Christmasland also cooperates with Jen Lewin, a famous interactive media artist from New York to show visitors her work — The Pool, an interactive art installation, which has been exhibited at Vivid Sydney, Burning Man, Istanbul Light Festival, and Signal Festival in Prague etc., it said.

The highlight of the lighting area at New Banqiao Central Park is the first free outdoor performance in Taiwan by Robocar POLI and his rescue team, kids’ favorite Korean animation star.

Biometrics needed for Taiwanese applying to study and work in Canada