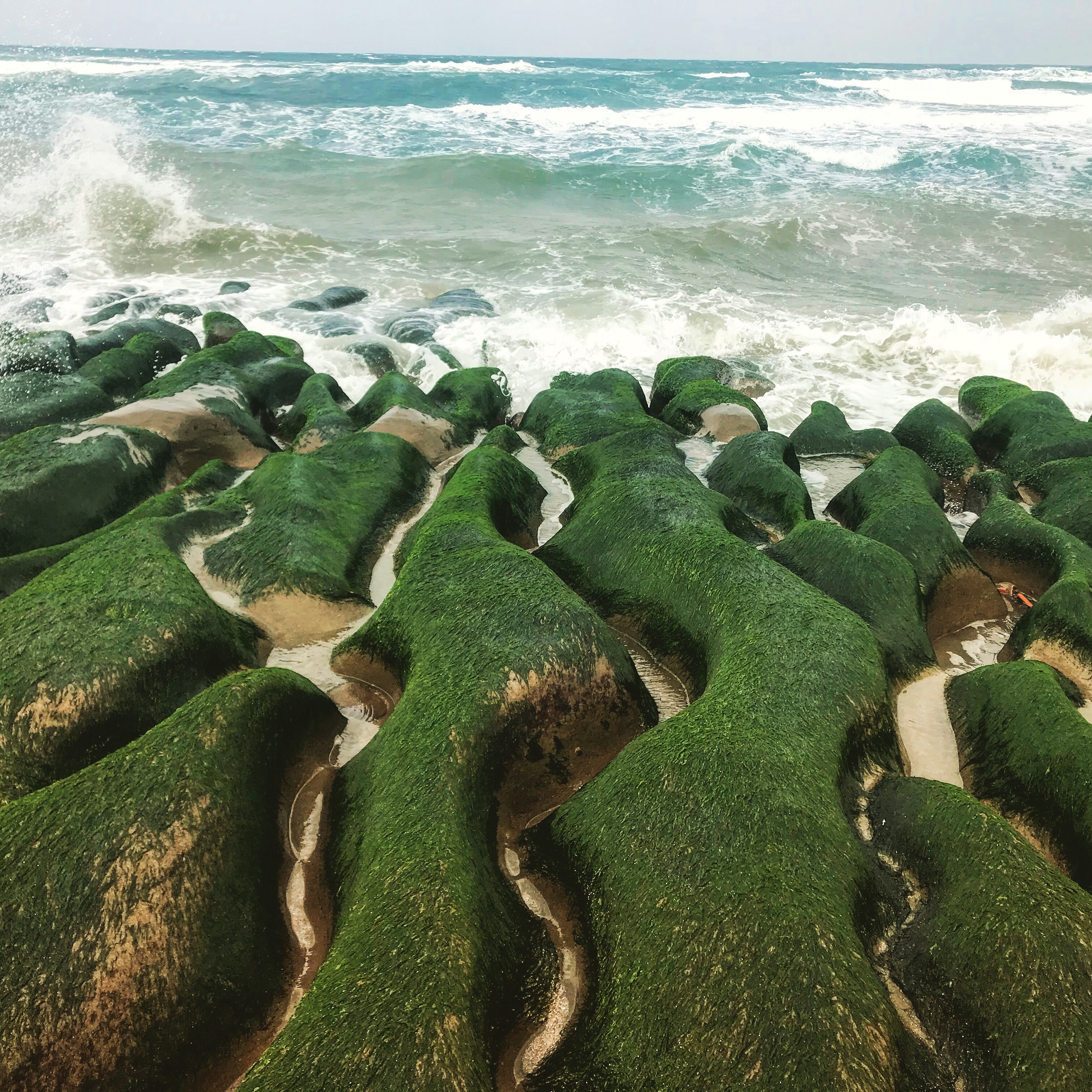 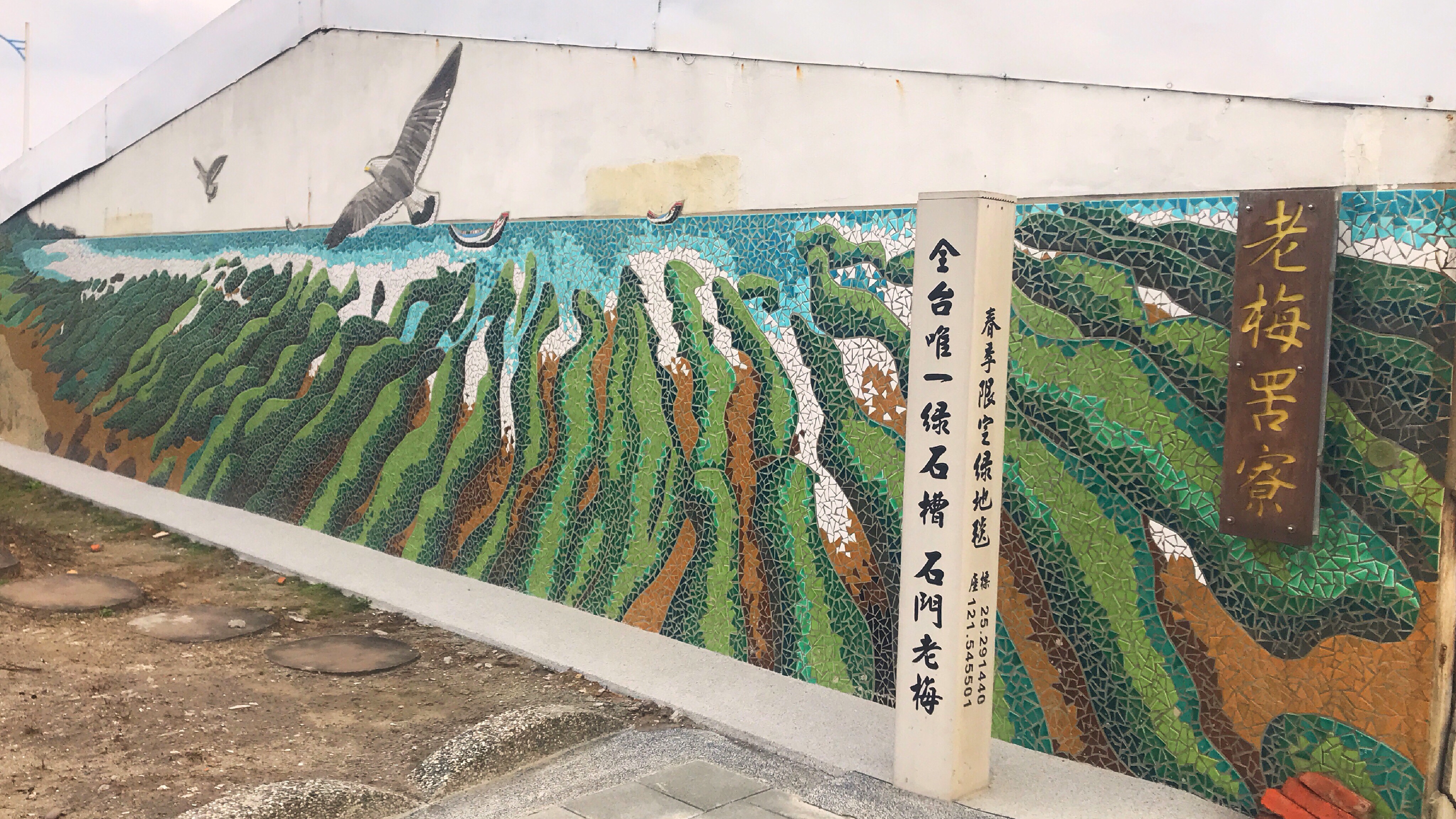 New Taipei City’s Shimen Laomei District is not only famous for landmark Fugui Cape Lighthouse, a popular tourist attraction built in the Japanese-occupation era of Taiwan, but also for the Laomei Green Rock Troughs (綠石槽).

Formed thousands of years ago after volcanic eruptions from Northern Taiwan’s Tatun Volcano, the Green Rock Troughs are the remnants of eroded volcanic reef rocks. The iconic green “moss” are actually different algae swept by waves onto the rocks by the northeastern winds in winter.

The properties of volcanic reefs are also suitable for algae to grow on: with the death of algae, the remains could solidify to become a thin sheet of calcium carbonate, making it the perfect environment for more algae to grow.

The unique natural scenery is what attracts tourists and travelers to this spot every year.

Due to the warmer winter in 2017, the warm ocean temperatures have made the waters a heaven for algae to grow, therefore the traditionally spring-only natural phenomenon has made an early arrival, attracting tourists to flock to the area this month.

Recent travelers to the spot reported that two-thirds of the rocks are already covered by the lush, green algae. Tourists hoping to see the sight for themselves should plan their trip earlier than what is recommended in the past years. 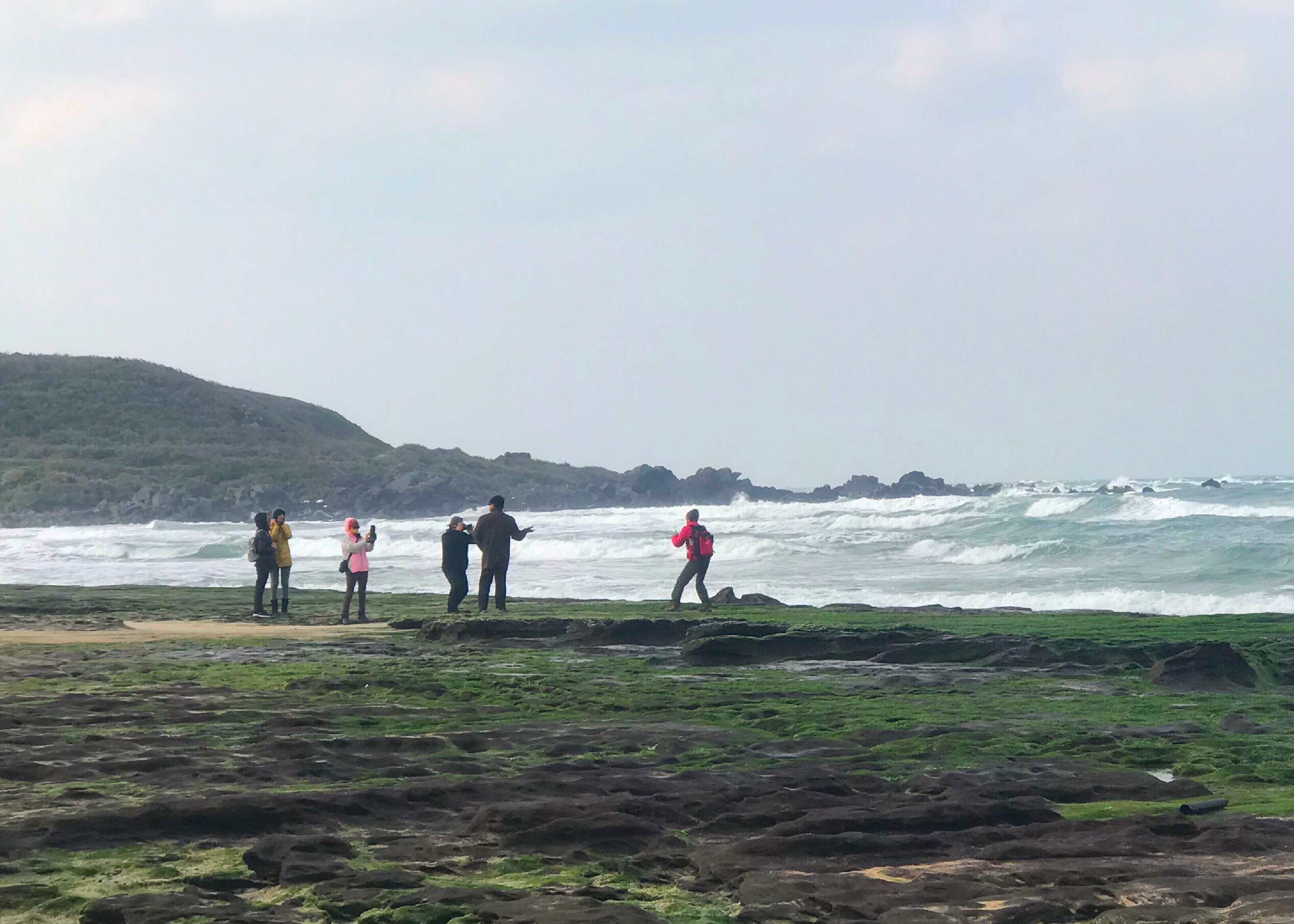 Tourists are also advised to avoid stepping onto the algae-covered rocks, despite its green carpet-like appearance, as such actions would harm the natural environment.

It is also advisable that travelers should refer to the Central Weather Bureau’s tidal forecasts (http://www.cwb.gov.tw/V7e/forecast/fishery/tide_1.htm) and head there during low tidal periods in the Shimen area.