The US$255 million new AIT office complex is a demonstration of the United States’ enduring friendship with Taiwan as well as strong commitment to Taipei, it said, adding the AIT’s new facility reflects the importance of the U.S.-Taiwan partnership and the depth and breadth of our unofficial relationship.

At the dedication ceremony, Moy said, “We should all be proud of this milestone, which is a symbol of the close cooperation and enduring friendship between the United States and Taiwan.”

The new AIT office complex, which is located in Taipei’s Neihu District, will allow all of AIT’s sections and operations in Taipei to be co-located in a modern, secure, and energy efficient facility, it said.

The building is on target to be Leadership in Energy and Environmental Design (LEED) Silver Certified and will use significantly less water and energy than AIT’s current facility and other conventional buildings, it noted.

AIT developed only 2.4 hectares (6 acres) of the site’s 6.5 hectares (16 acres), leaving much of the site in its natural state or replanting it with landscaping.

The site, while close to the center of the city, has a dramatic and challenging topography. Landscape architect Pamela Burton & Company was inspired by the great traditions of Chinese gardens in its design, according to AIT.

It said the project budget, including site, planning, design, and construction, is US$255.6 million.

The AIT office building was designed by Moore Ruble Yudell Architects & Planners of Santa Monica, California to be an expression of the values of American democracy, and a demonstration of respect for Taiwan, it said.

AIT plans to relocate to the new facility in the fall of 2018.  After the June 12 dedication ceremony, people in Taiwan are advised to still come to AIT’s office on Xinyi Road for their visa interviews, U.S. passports, and other business, it said. 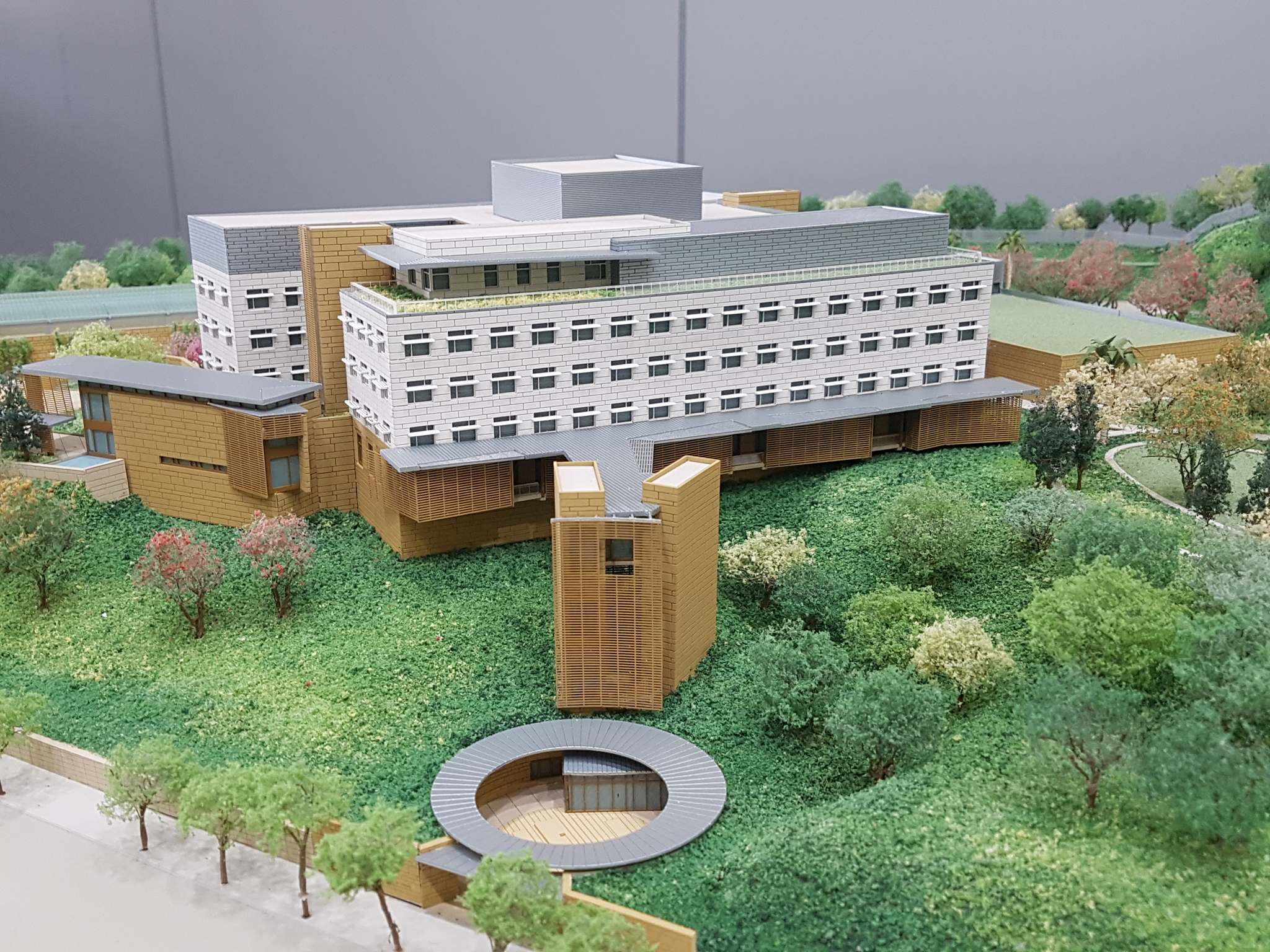 The United States set up AIT in Taiwan shortly after it switched official recognition to Beijing from Taipei in 1979 in order to maintain substantive bilateral ties. It has nearly 500 American and local employees. It also has a branch office in Kaohsiung, southern Taiwan with over 30 employees.

After it moves into its new office in September, it will have 19 windows to provide a full range of consular services and process visas for students and exchange visitors in Taiwan. Currently, there are close to 80,000 US citizens in Taiwan.

Taiwan was included as one of the US’ 38 Visa Waiver Program partners worldwide in 2012 and became the US’ 12th global entry partner earlier this year.

AI illuminates the future path, will reach all parts of daily life