Procurement meetings:Always a highlight
Procurement sessions provide details and
productivity as well as a glimpse into the future 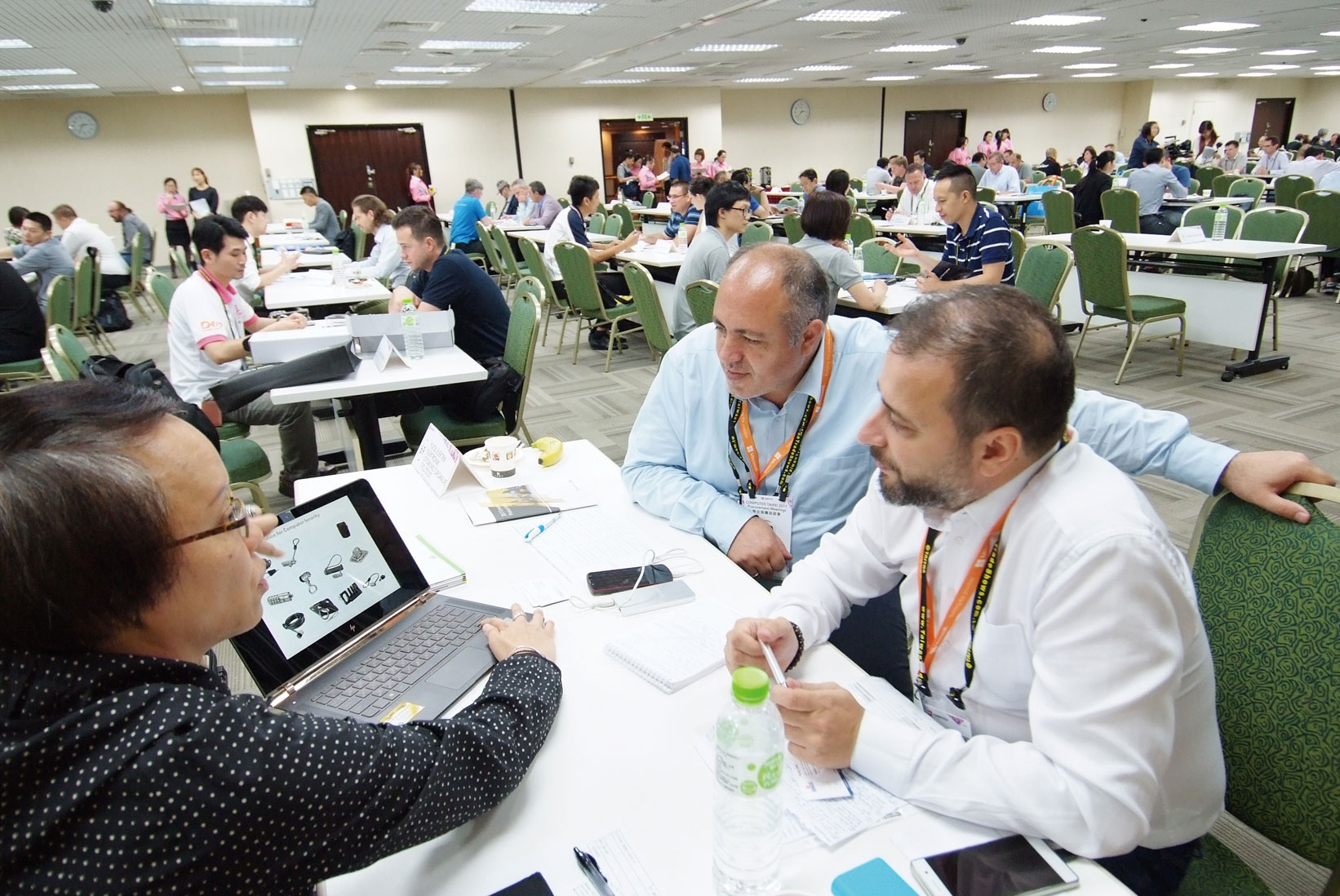 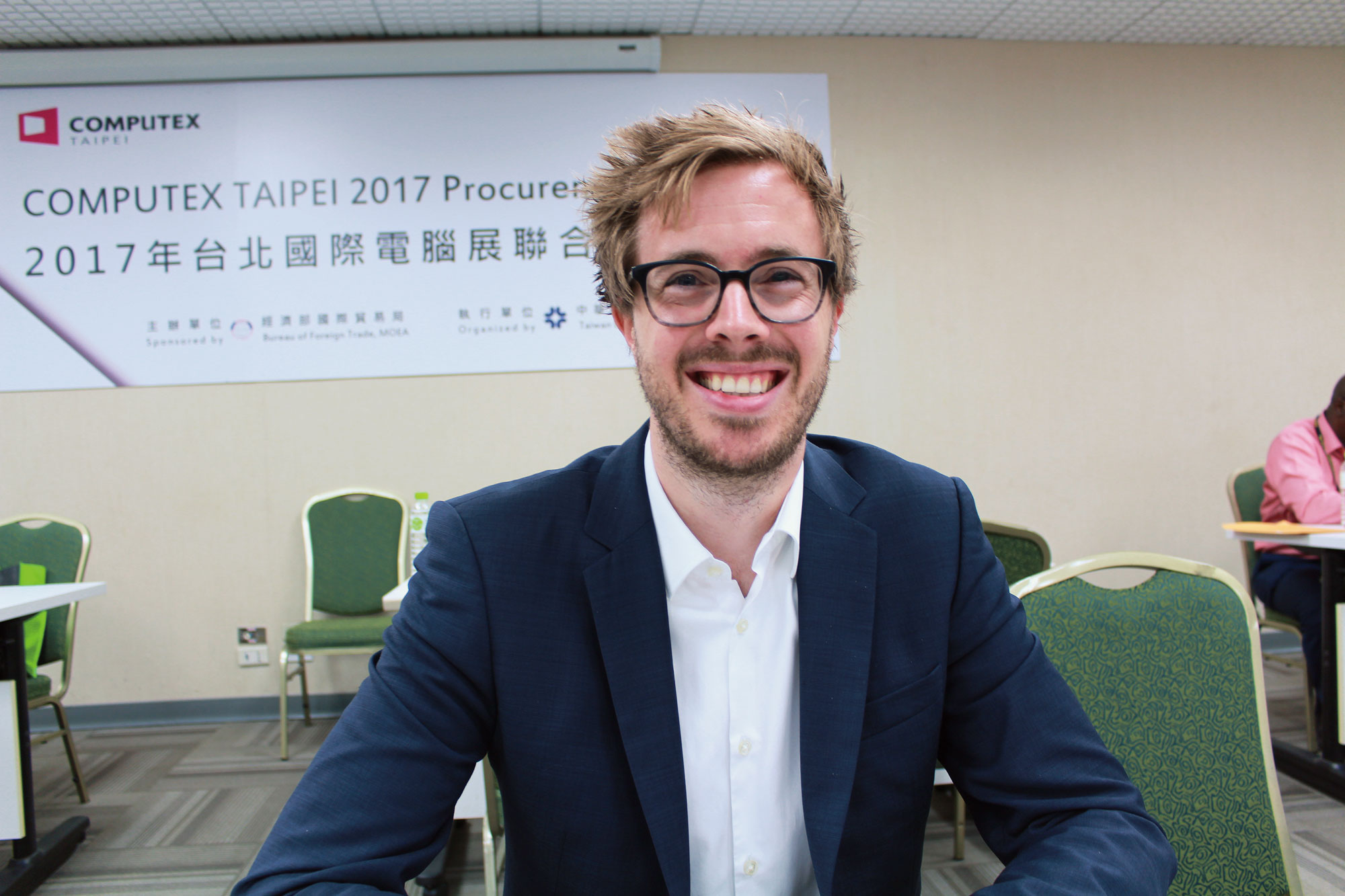 “When you roam around COMPUTEX, there could be an area that you’re interested in and you try to speak to everybody (there),” he said. At the procurement meetings, Dingermann has found, the discussion is focused and “you get to really go in depth with some of the people.”
While there’s always stress due to time constraints, “especially when you have a good talk,” Dingermann said they could always go ahead and visit them at their booths. “I have met with some very good contacts at the procurement meetings and it’s always a highlight at COMPUTEX,” he said.
As a mobile phone distributor in Germany, Dingermann explained that his company’s mission was to provide solutions for retail shops in the internet age. Without that kind of help, he said, while it could be interesting in the future for all consumers to shop online, it would be a lost chance to see those kind of local retailer shops go away.
In terms of his findings at COMPUTEX, Dingermann added that the artificial intelligence learning components he had seen at InnoVEX were particularly appealing, specifically noting document categorization for boosting company efficiency and product recommendation systems. 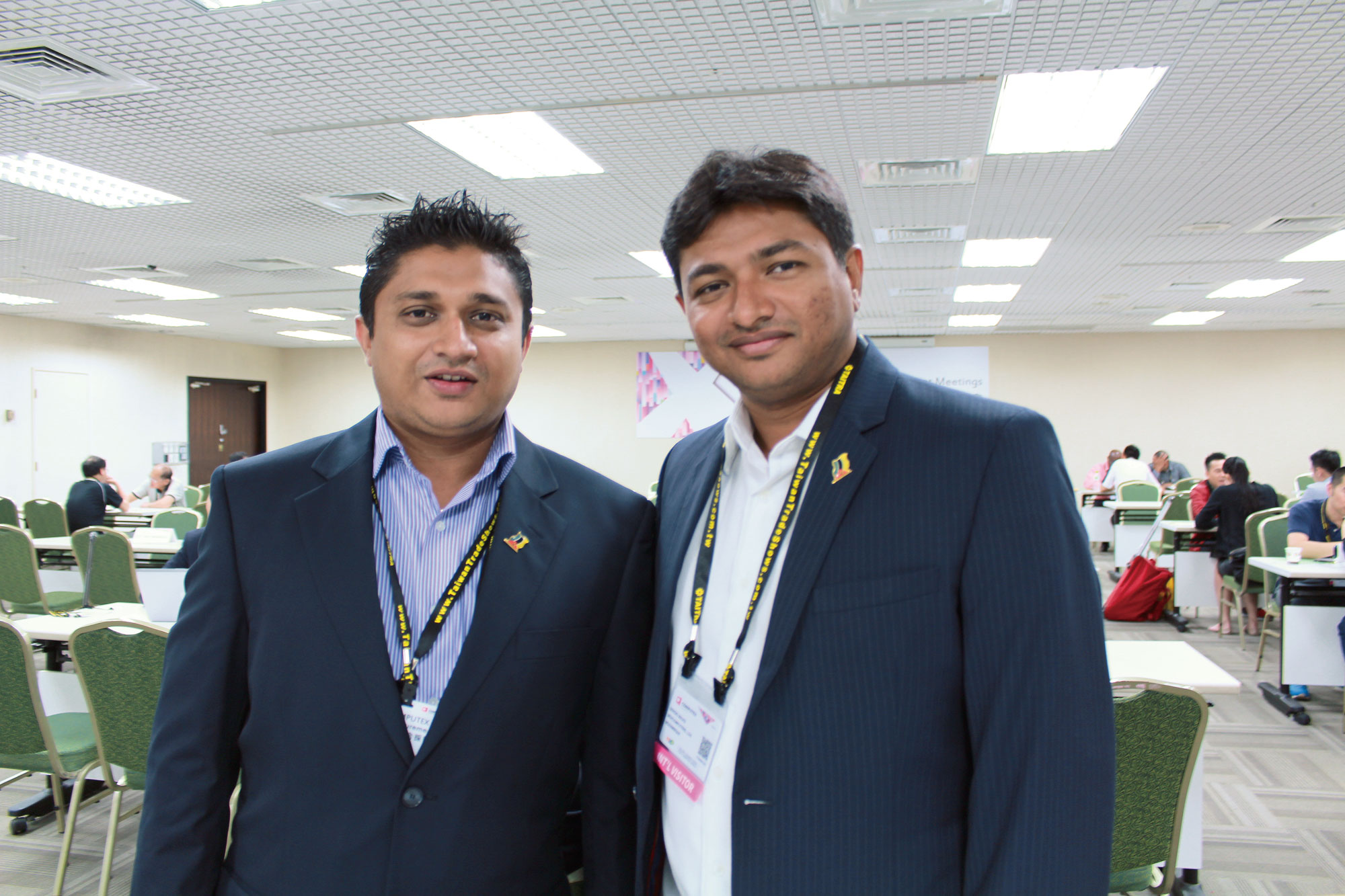 Coming from the far-flung African nation Mozambique, MozComputers’ Pragnesh Maugi and Sergio Maugi said they were looking for partners in Taiwan and hoped to bring the latest technology back to their developing country to help it modernize and grow. A frequent visitor to exhibitions around the world, they said, “when we see Taiwanese products, we see quality … Quality is very important for us.”
The procurement sessions are important for them as suppliers. The meetings appear to be the best fit for them, as they described how the discussions are less rushed and more detail-oriented compared with when they go down to the showgrounds and visit potential contacts booth by booth.
The pair added that they’d seen a lot of public sector-targeted products at COMPUTEX — a happy surprise for them, as MozComputers has a large proportion of government and municipal clients.
While they focus mainly on the tech industry, they described how much of the innovation and products they’d observed at COMPUTEX could help boost their country’s advancement in terms of infrastructure, security and services. MozComputers was looking for POS systems, computer accessories, CCTV solutions and products, and network products, they said. 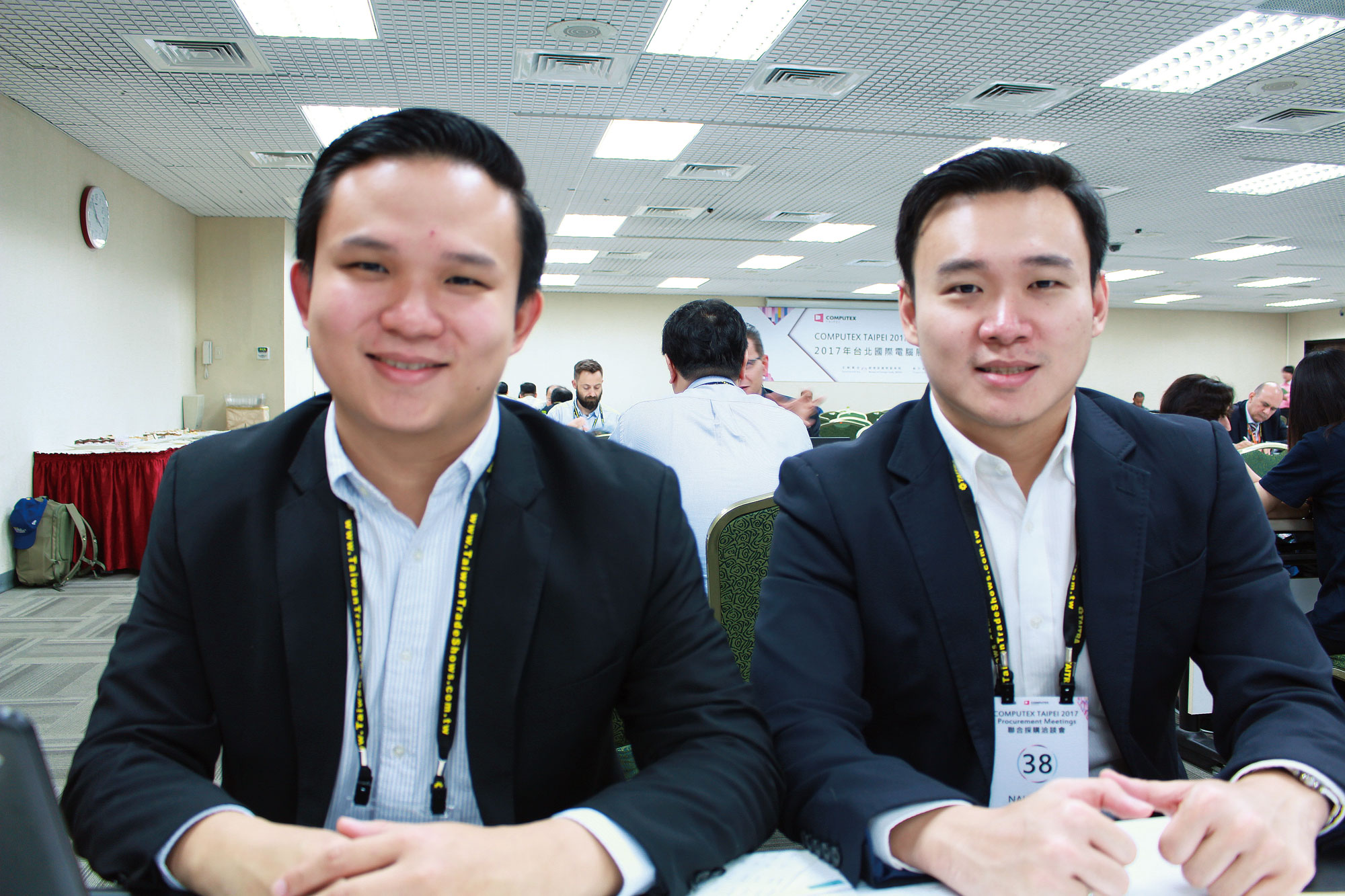 President Neil L. Tan and Managing Director Ryan L. Tan of Philippine consumer electronics distributor Nauts and Vectors Company Inc. said they had found the procurement meetings productive in terms of getting to know clients and potential suppliers.
While their company focuses on wearables at present, their visit to COMPUTEX was a search for the latest IoT solutions “because IoT is the future,” Ryan Tan said.
However, they said, while they hoped to move into the IoT field, such solutions were still in their infancy and there were very few consumer-ready IoT products. Nevertheless, they reported speaking to a good number of companies at COMPUTEX that had great potential to cater to Philippine consumers. In terms of their home country’s market, smart home solutions and automated security were particularly popular, according to the two.
“We’ve seen the peaking of mobile phones,” Ryan Tan said, describing the insights he and his partner had gained at COMPUTEX. “There aren’t many groundbreaking things being done to our phones,” however COMPUTEX offers a glimpse into the future of “what’s really next in the world of technology,” especially regarding IoT integration and artificial intelligence, he said.

Collecting and analyzing data with Dell