Taiwan’s major computer maker Acer has launched a batch of latest products that include the world’s thinnest laptop.

Jerry Kao, president of IT Product Business of Acer Inc. said the Swift 7 is currently the world’s thinnest laptop computer.

“Building on the engineering breakthroughs from the previous generation, the new Swift 7 steps up the game with an even slimmer chassis, powerful performance and always-on 4G LTE connectivity for professionals on the go,”  he said.

Vice President of Intel Corp Chris Walker pointed out the next PC anyone buys should be a great PC – powerful to feed the newest, richest experiences all day long.

“Acer’s Swift 7 delivers on the performance expectation then ups the ante with built-in 4G LTE in an ultra-thin, stunning design. It’s the perfect PC for those who have things to do and create anywhere, at any time.” Walker said.

Peter Han, vice president, Partner Devices and Solutions, Microsoft Corp said Acer’s Swift 7 is a great Windows 10 PC for on-the-go professionals or consumers who crave portability and connectivity. “The Swift 7 is thin, light, and perfect for customers to stay connected on the go.” he added.

Blazing-fast, built-in Intel XMM 4G LTE connectivity keeps users productive and always-connected, especially useful for professionals who wish to eliminate tedious wireless connection problems on the road so they can stay focused on the task at hand, Acer said.

Acer has also announced its refreshed Spin 3 (SP314-51) laptop, designed for users seeking out a versatile device for all-day productivity and entertainment. Its durable 360° dual-torque hinge enables it to function as a laptop, tablet, display and even provides a space-saving tent mode, all in a single device.

Now equipped with a powerful 8th Gen Intel Core processor and impressive storage options, the Spin 3 merges exceptional performance with portability. It provides up to 12 hours of battery life for digital work and play on the move, with two front-facing speakers with Acer TrueHarmony™ technology.

Another Acer’s new product is known as Chromebook 11 that offers strong everyday performance and a portable design with all-day battery life of up to 10 hours.

The new Acer Chromebook 11 (CB311-8HT / CB311-8H) offers an 11.6-inch display in a portable and fanless design, so it’s great for consumers and families who will move the device around or use in shared spaces, according to Acer. Plus, connecting peripherals, charging phones and other devices, and even sharing content on a large display can be done thanks to the Acer Chromebook 11’s two USB 3.1 Type C ports, it noted.

“Chromebooks are widely known as a fast, easy and secure way to work and play both online and offline. Customers can play games, stay productive, enjoy content and do even more with the new Acer Chromebook 11 thanks to its support of Google Play,” he said.

The Acer Chromebook 11 provides easy access to the Google ecosystem including Google Drive, Gmail, and a variety of useful Chrome apps and extensions.

Also, the Acer Chromebook 11 will fully support Google Play at launch, so customers will have access to millions of Android apps on Google Play to let them have more fun, be entertained, stay connected and remain productive, Acer said.

The Acer Chromebook 11 comes with 4GB of memory and 16GB or 32GB of eMMC storage.

Meanwhile, Acer’s new Nitro 5 gaming laptop is designed for casual gamers seeking great performance in an attractive laser-textured design, according to Acer. Powered by Windows 10, the new 15-inch laptop is targeted towards mainstream users who enjoy the thrill of gaming with friends, and building their own network of like-minded players. 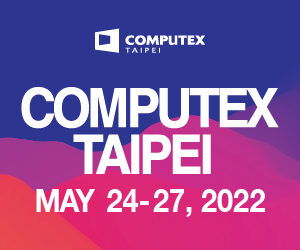