Pokeholic features “poke” (pronounced “poh-kay”), or sushi bowl. Poke bowls are making waves in the United States, thanks to fast-growing health awareness and the abundant nutrition that comes along with fish.

At Pokeholic, the poke bowls are variations, or “fusion poke bowls” as they put it. There is a healthy portion of sushi rice placed at the bottom of the bowl, with cubes of sashimi-grade marlin, tuna, pickled seaweed, tamagoyaki (Japanese omelete), pickled radish daikon and carrot that are placed over the rice, topped by sauces of one’s choice.

After seeing the abundance of a large number of traditional Japanese cuisine restaurants and sushi joints in Taiwan, Pokeholic’s General Manager Paul Chien decided to import the poke bowl into Taiwan to spice things up.

He first had a poke bowl in Shanghai and found the taste welcoming and much different to the traditional sushi bowl. Long story short, it led to his plan to open up a restaurant in Taipei and serve poke bowls as a variation to the traditional Japanese sushi or sashimi plates.

Despite the long existence of a large number of Japanese cuisine restaurants in Taiwan, as well as Taiwan’s “street food” selections, Paul said the Taiwanese palette tends to be conservative, which he described as “not being adventurous enough” to seek out flavors and dishes outside the norm. 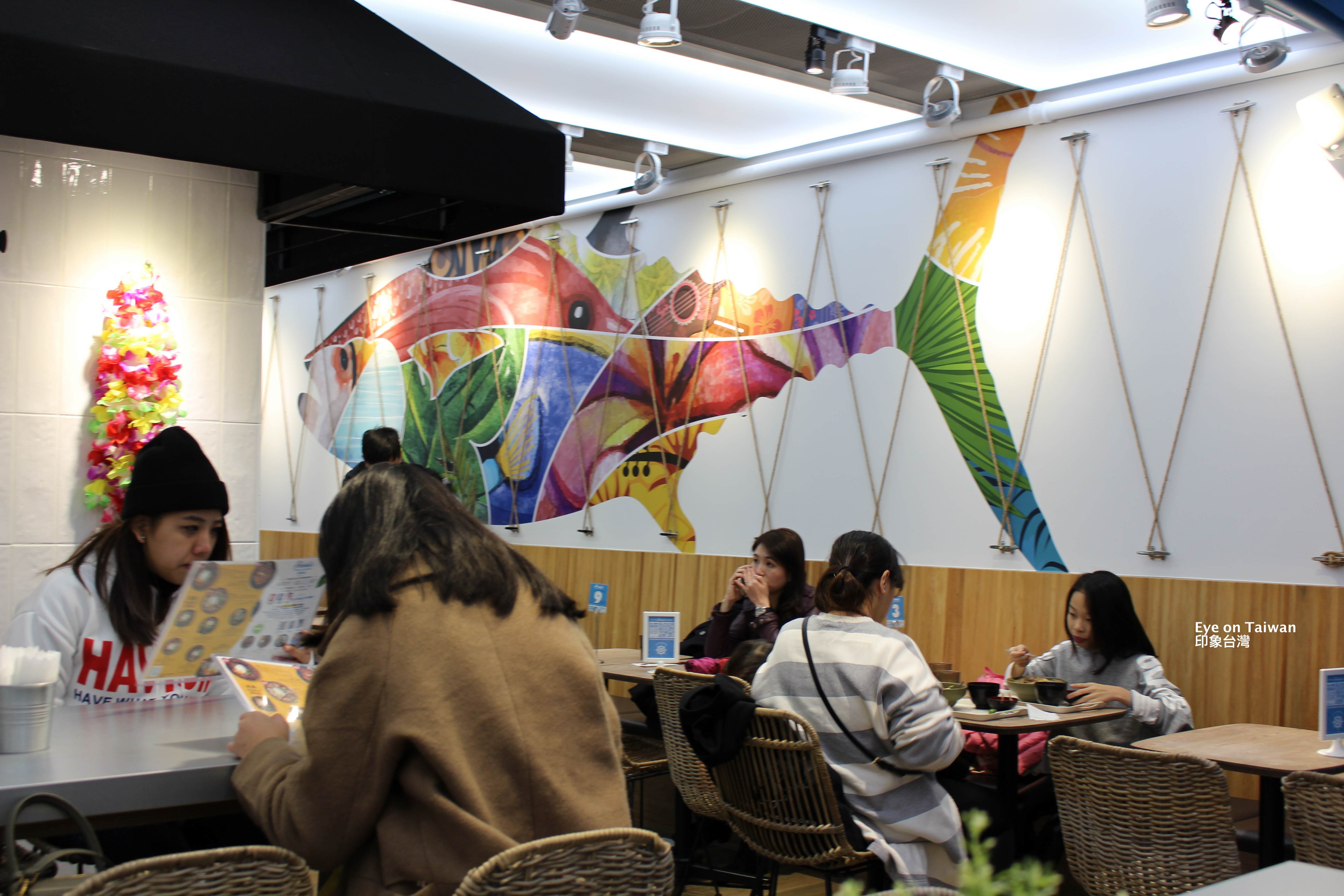 “There are still people afraid of eating raw fish,” he added, which is why Poleholic later on added “cooked food” selections in their menu.

Taking into consideration of the public concerns about food safety in Taiwan, Pokeholic’s decor gives off a “clean” atmosphere. Ingredients are stored in what appears to be a sterilized laboratory-styled enclosure, shielded with an automatic, semi-transparent sliding door. Poke bowls are prepared in another enclosure at the front. Employees are required to wear surgical masks and gloves as they top each sushi bowl with raw fish dices and such. 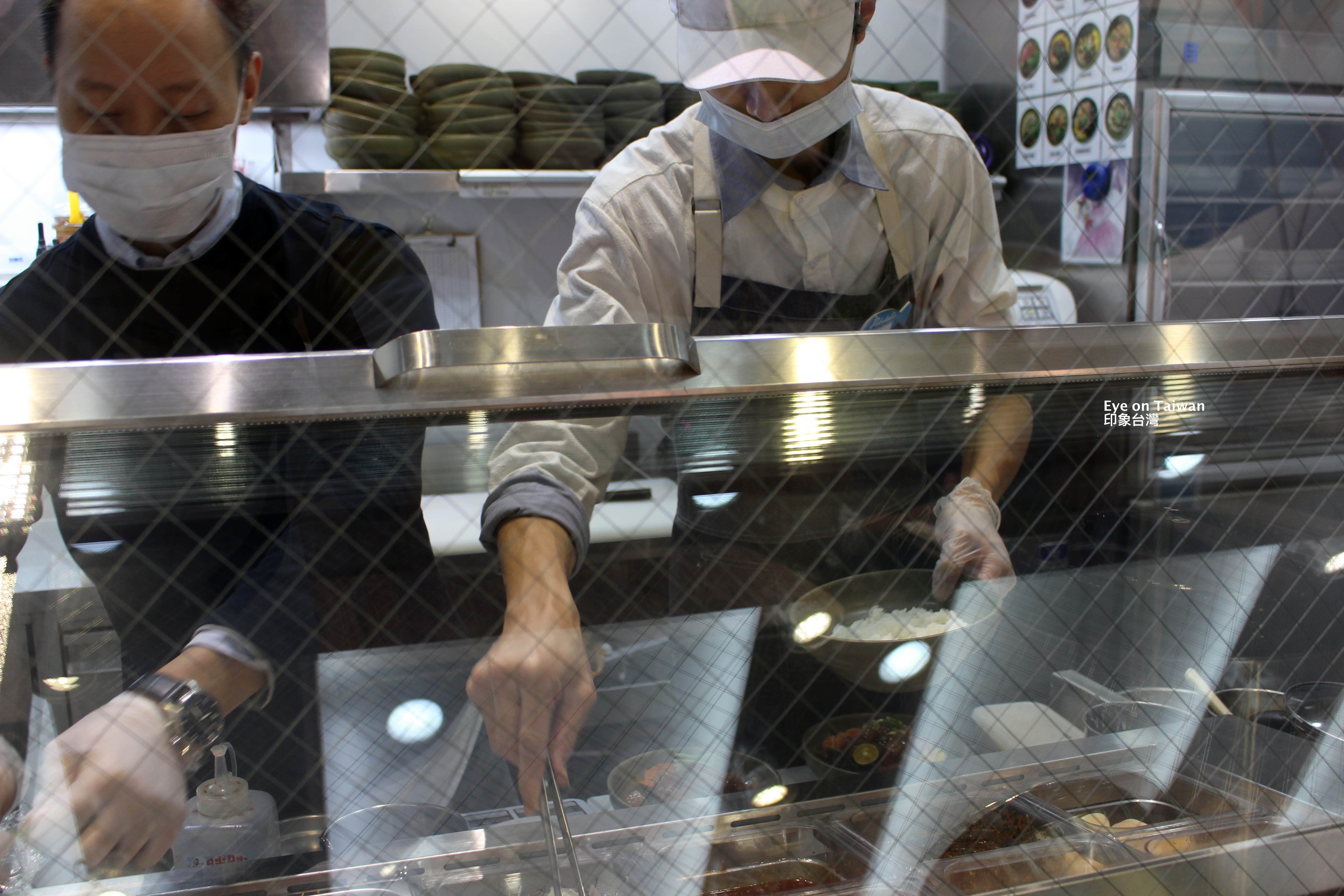 The decor theme is coupled with bright lighting, colorful, Hawaiian shirts, leis and fishing tools. As if channeling the breezy, relaxing, holiday vibe on a Hawaiian beach, sitting in the restaurant gives off the same feeling, which is what they are aiming for, Paul said.

For a fun, relaxing, and eye-catching element to the dining experience, Pokeholic also features a shelf of fish-styled plush dolls, all handmade and sewed by the employees. Diners can check out a fish doll, placing it into the basket provided and pay at the counter. The employees swipe each plush, which has an electronic card sewed in its innards, across the sensor to record the payment.

“Anyone passing by the restaurant might think Pokeholic is just another ‘Japanese restaurant’ due to the sushi bowl,” Chien said, adding that he considered the plush dolls a vital marketing factor. “The fish plush is very eye-catching and most people would stop for a second look.”

Hawaiian cuisine, in short, is a melting pot of flavors, foods, and ingredients of the locals and immigrant culture that has taken root there. At the heart of what poke bowl defines, is the mixture of different cultures and the ability to adapt to the local cuisine.

In a sense, it’s similar to what Taiwanese cuisine embodies, Chien said, which is also one of the reasons why he chose to open shop in Taiwan.

Taking into account of the local Taiwanese palette, Pokeholic has added variations of the popular “fried stinky tofu” to the menu, which diners can dip the BBQ-sauce-covered tofu into a Thai-styled sauce, as well as a Japanese cuisine favorite of sake clam soup with coconut juice. 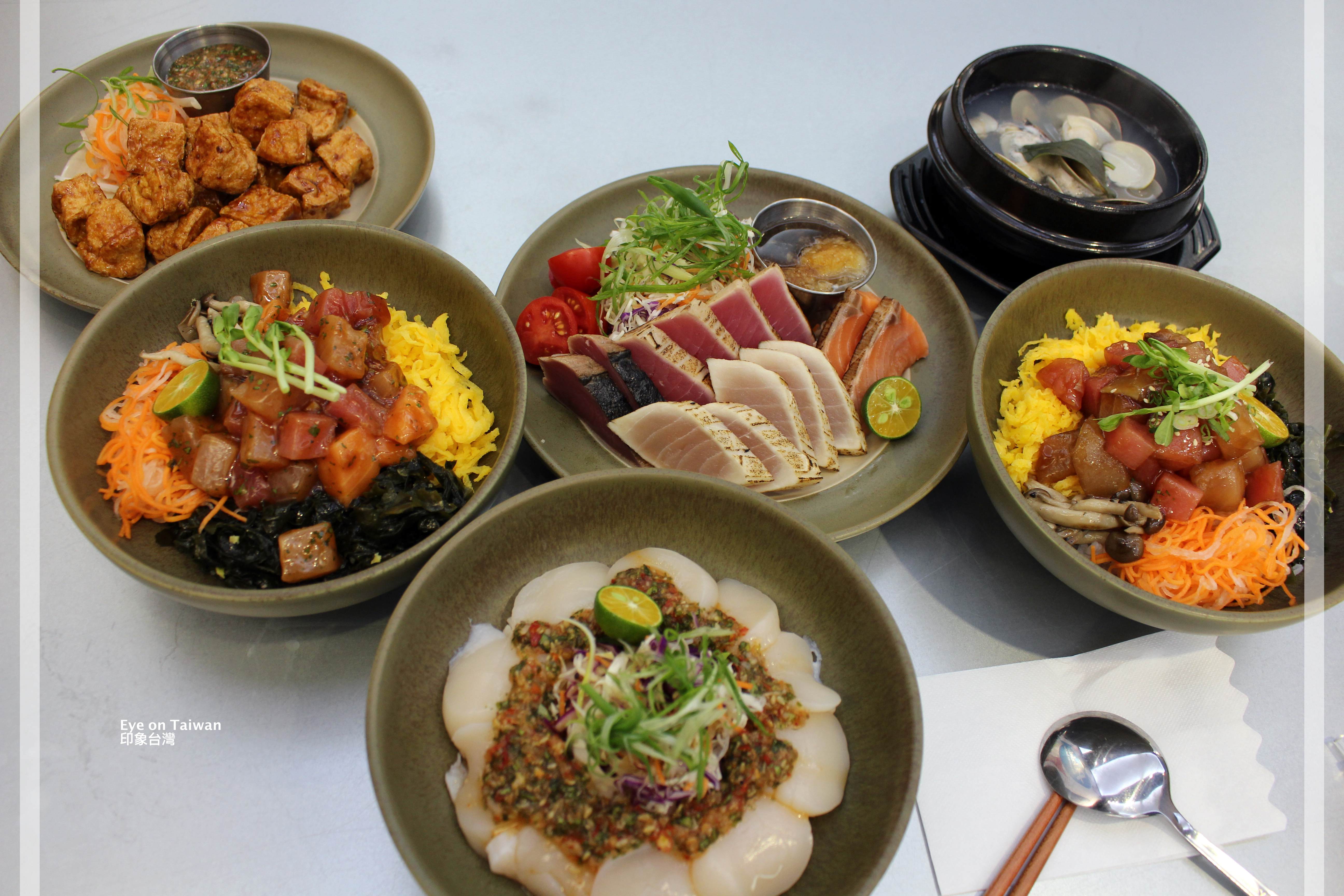 Each poke bowl I tried had similar toppings, sometimes varying in sashimi and side selections, and differed in its sauce. 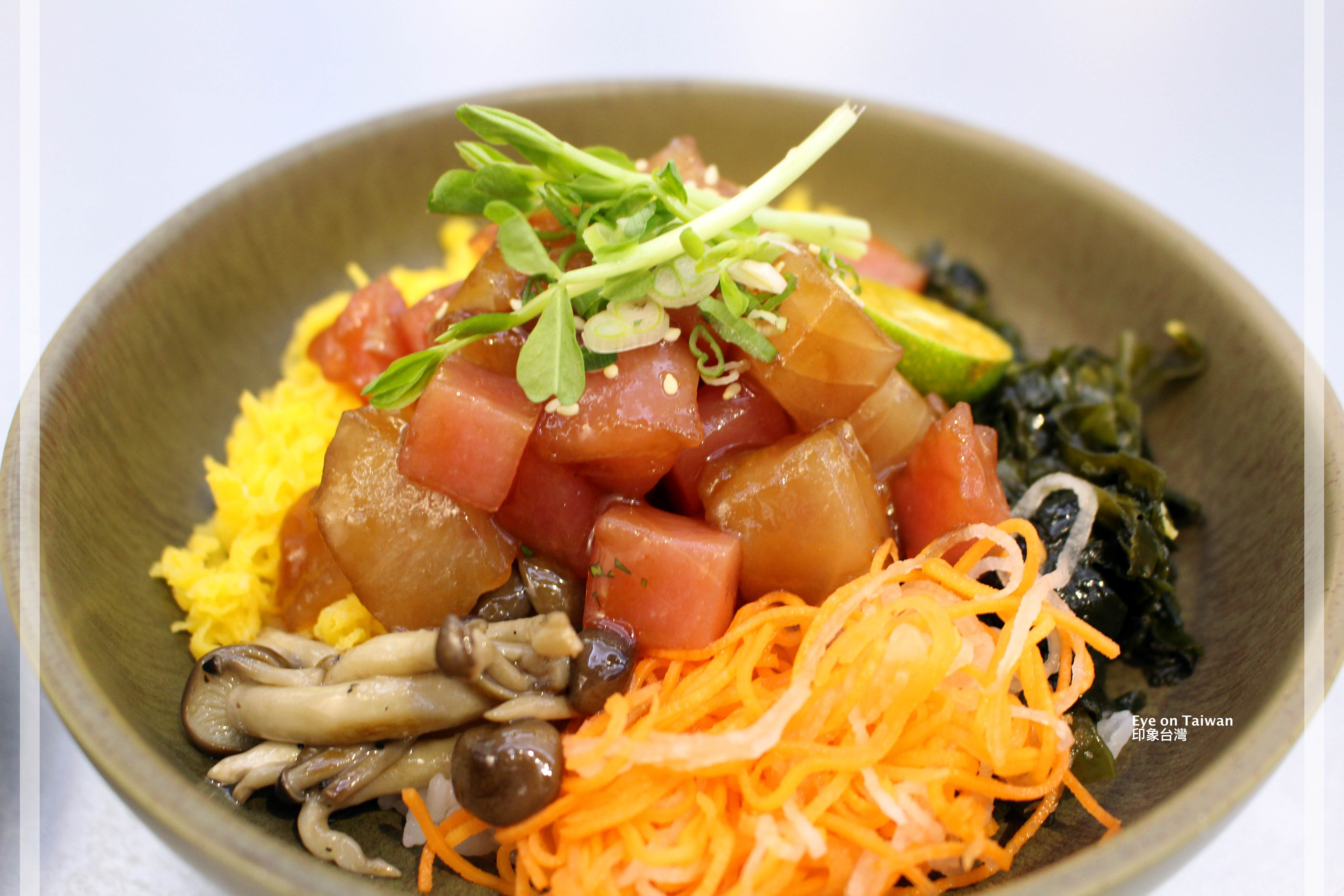 Ahi-Poke has a salty, heavier flavor, as it is doused in abundance with their special “Holic soy sauce.” Each poke bowl has a healthy, generous offering of raw marlin and tuna cubes, making it a delight to eat as each mouthful is filled with fresh, chewy sashimi dices.

Their Cocktail Sauce Poke I tried was more pleasing to my taste buds; the sauce was tangier, with a sweet and sour aftertaste, and less heavy than the “Holi soy sauce.” They also had salmon cubes in the cocktail sauce poke variation. I probably happen to enjoy sweet and sour flavors more. 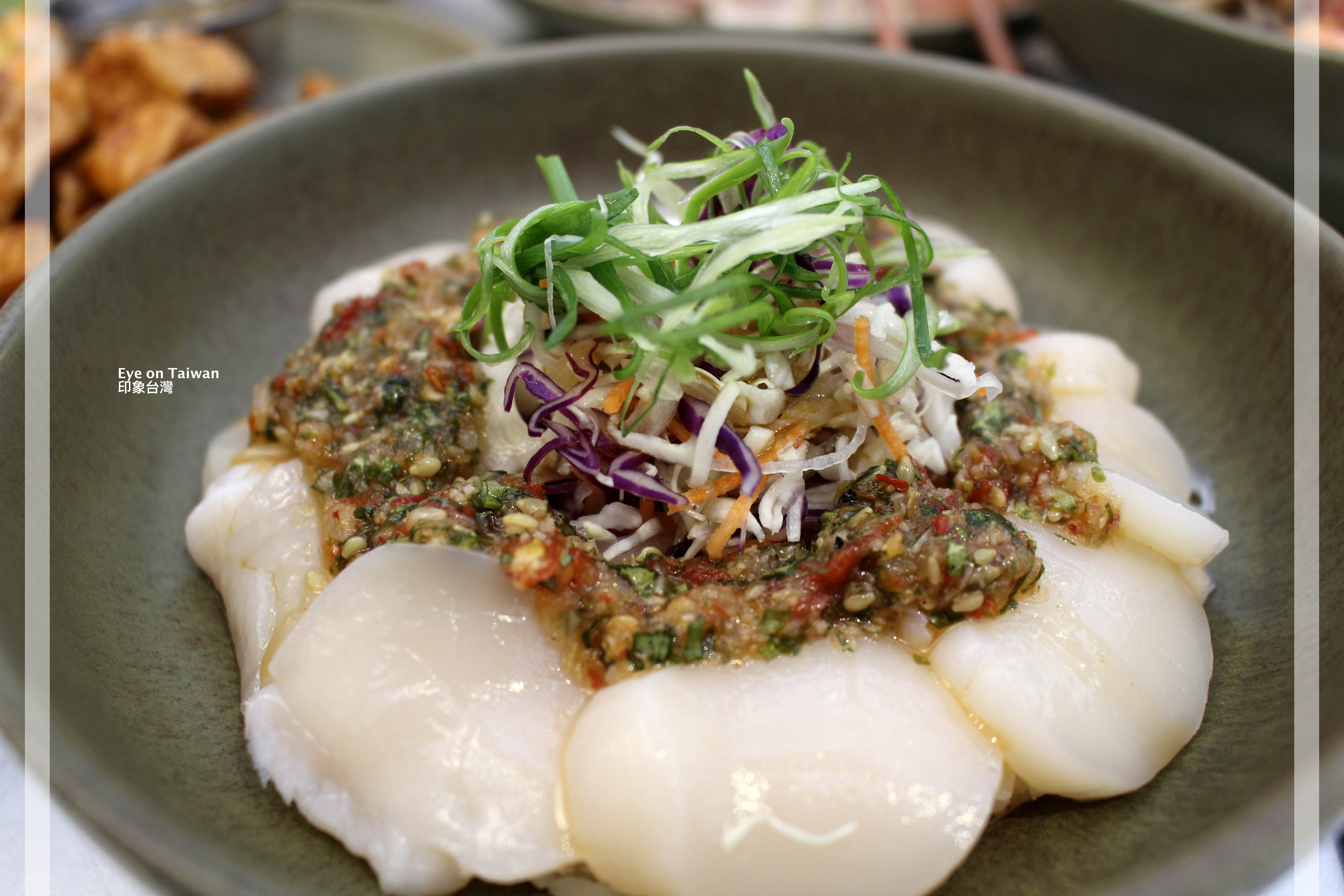 The Thai-Style Scallops Poke is much simpler on paper, with only scallops topping off the rice, but it is sweet and sour, slightly spicy Thai-styled sauce would make it a worthwhile selection. It’s an eye-raising combination, but the Thai-styled flavoring makes the traditional Japanese-styled sushi bowl very pleasing to eat.

Even though I am an avid sashimi lover, I haven’t tried out “tataki” before, which is basically sashimi with a slight sear around the edges. Diners can order their lightly roasted sashimi with or without rice. Chien said the combination with rice is less seen at other joints. It brings the term “dismantled roasted sushi” to mind.

Nevertheless, the texture of the roasted sashimi is very enjoyable: nibble at the edges for a taste of seared, roasted fish and bite into the entire slice for a mixture of tangy raw and roasted fish. It’s delicious on its own, but diners should definitely dip the slices into their Holic tataki sauce.

Their Holic Stinky Tofu, according to Chien, is popular among the local and foreign diners alike, and one of Pokeholic’s variations of traditional Taiwanese food. It doesn’t have the traditional stickiness from night market food stalls that usually put off most foreign diners and it tastes more like fried tofu, but the BBQ sauce makes it tastier. One can dip the tofu into the Thai-style sauce as well.

Before settling down to eat, I had a hot chocolate that Pokeholic offered as one of their beverage selections. It was very chocolaty, to say at least, and it was probably the reason why I couldn’t taste anything else when sipping their Sake & Coconut-Steamed Clams.

The Eye on Taiwan’s Verdict:

Pokeholic’s marketed as the first Hawaiian-themed restaurant in Taiwan, primarily featuring variations of Hawaiian poke bowls. Chien was firm on the choice of words of “Hawaiian-inspired,” as it is not fully Hawaiian cuisine.

For the health-conscious and adventurous, sashimi-loving diner who is looking for something different in Taiwan, Pokeholic’s poke bowl selections are just perfect. For some people, however, the sauce flavoring might be on the heavier side.

Currently, Pokeholic doesn’t have plans to expand, choosing to concentrate on doing things right. They also get a bonus point for offering environmentally-friendly take-out boxes, which don’t spill easily. 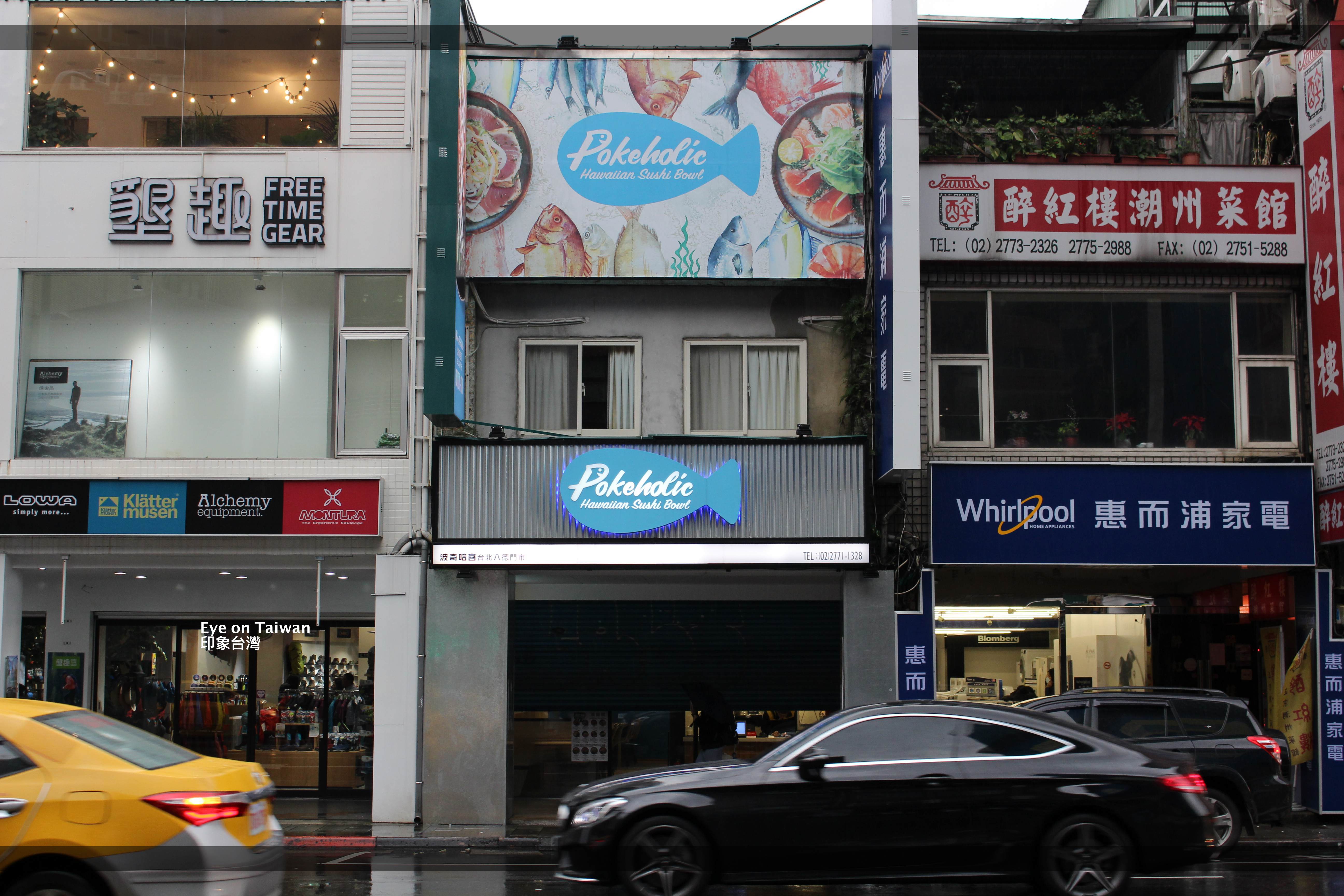 Gov’t urged to be tough against people misusing boarding passes