Mandarin Oriental, Taipei is proud to announce the appointment of Iacopo Frassi as the new Chef de Cuisine of the hotel’s Michelin-recommended Italian restaurant, Bencotto. 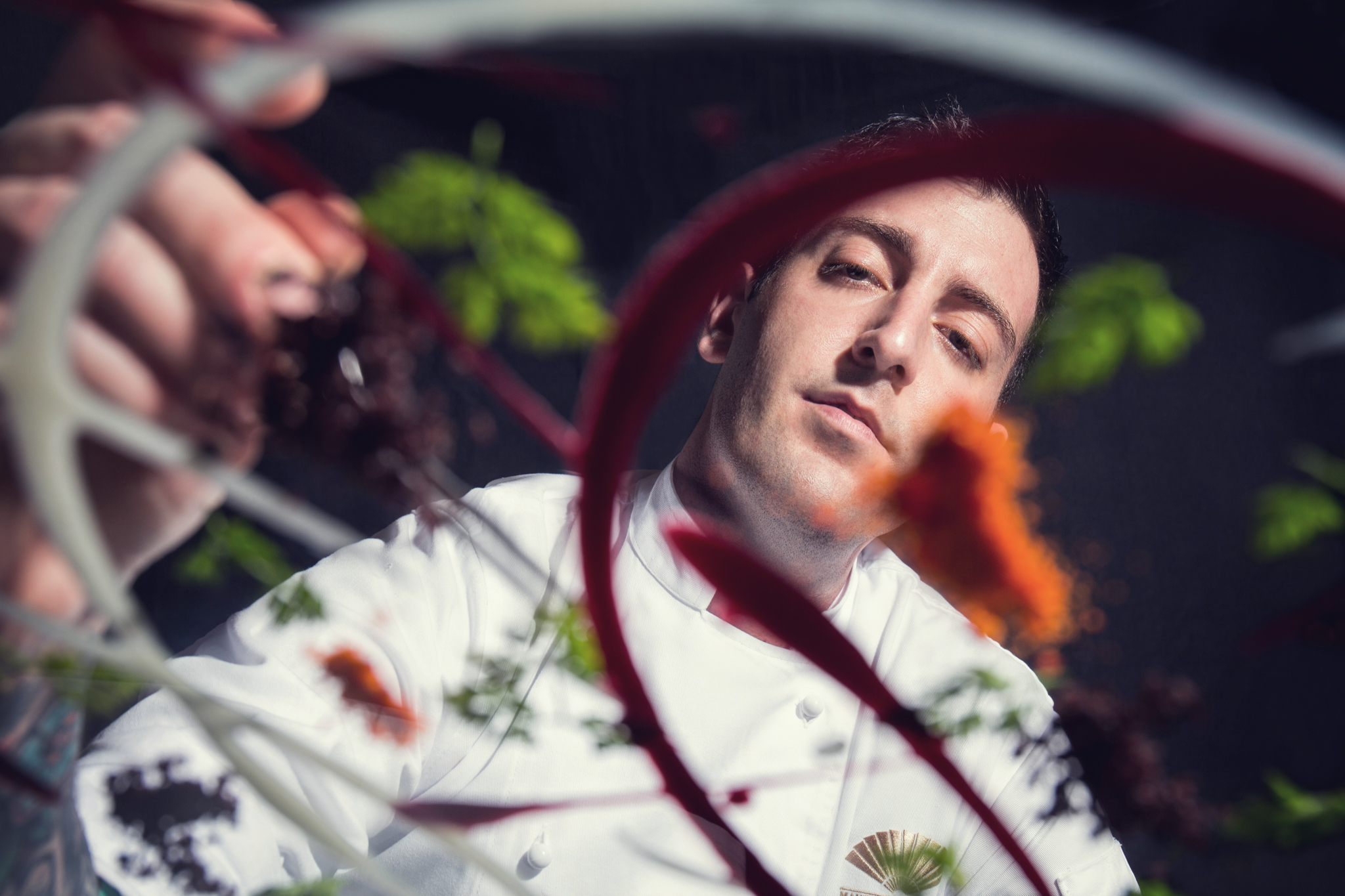 Mandarin Oriental, Taipei is proud to announce the appointment of Iacopo Frassi as the new Chef de Cuisine of the hotel’s Michelin-recommended Italian restaurant, Bencotto. As a passionate advocate of authentic Italian cuisine in Taipei, Bencotto never ceases to provide guests an array of high-quality dishes for an extraordinary fine dining experience. Starting 5 October, newly appointed Chef Iacopo of Bencotto will take Italian cuisine in Taipei to new heights, bringing guests an unparalleled dining experience with his sophisticated creations.

Skillfully creative and talented, Chef Iacopo brings to the Bencotto kitchen contemporary culinary skills and innovative cooking methods that are full of delightful taste sensations. Committed to lead the team at Bencotto in crafting delectable and contemporary Italian gourmet by redefining a series of classic Italian dishes, Chef Iacopo interprets the vision of Bencotto restaurant as a contemporary twist on classic Italian cuisine, “I try to bring out personal and creative tastes, also studying the reinterpretations of traditional Italian dishes.” Chef Iacopo brings a wealth of culinary inspiration to Bencotto. His creativity and impeccable attention to detail go hand in hand with the refined ethos of the restaurant, promising a memorable dining experience with exquisite creations while showcasing the evolution of Italian gourmet.

Chef Iacopo hails from the Tuscany region of Italy, one of the most famous regions of the country well known for its unique cuisine. Chef Iacopo grew up in a household where the family had its own plantation. Moreover, after hunting in the forest, his grandfather would bring home rabbits, pigs or pigeons and turned them into a series of scrumptious dishes on the table. Thus, Chef Iacopo is serendipitously attracted to the most organic flavours of nature. Growing up in a family where food was literally prepared “from farm to table”, Chef Iacopo has very sharp sensibility and standards on food quality and culinary preparation techniques. Upholding the same principle, he is meticulous in selecting ingredients of the best quality and committed to offer his guests a gratifying dining experience.

Young and ambitious, Chef Iacopo decided to enter the culinary industry at the age of 11 and enrolled in the Tourism and Hotel Institute, Pisa to study kitchen fundamental techniques. After finishing culinary school, he headed for Milan where he worked at numerous renowned restaurants like the very famous Savini, Michelin two-star Trussardi, as well as the Michelin two-star restaurant of Hotel Pellicano in Porte Ercole, Italy where he met his mentor, Chef Antonio Guida. According to Chef Iacopo, Chef Antonio Guida had a huge impact on him as a chef and taught him the value, character of a true chef and the importance of teamwork. In 2014, he worked with the internationally renowned celebrity chef, Alain Ducasse, at the Michelin three-star restaurant, Alain Ducasse at The Dorchester, where Chef Iacopo was tremendously exposed to a rigorous environment and where attention to detail and aspiration for perfection were constantly required.

After his stint with the Alain Ducasse at The Dorchester, Chef Iacopo returned to Tuscany and worked with Chef Giuseppe Mancino at Micheline two-star Piccolo Principe where he was appointed as sous chef and learned a mix of innovation and classicism, and how to reinvent typical Italian dishes without altering traditional flavours. In 2016, he joined Four Seasons Hotel Tianjin as Chef de Cuisine of Cielo Italian restaurant. In 2018, Chef Iacopo joined Mandarin Oriental, Taipei as the Chef de Cuisine of Bencotto. With an extensive background in several Michelin-star restaurants as well as an unwavering enthusiasm for gastronomy, Chef Iacopo will incorporate his creativity and passion into Bencotto’s offering of exquisite Italian flavours, utilising personal and sophisticated techniques in his culinary creations.

Starting 5 October, Chef Iacopo will present a brand new menu featuring his signature items as well as various delectable cuisines to entice diners in Taipei. In addition, from 31 October to 3 November, Chef Antonio Guida will join Bencotto as guest chef and present a four-hand gastronomical events with Chef Iacopo. As the Executive Chef of Mandarin Oriental, Milan, Chef Antonio has earned one Michelin-star for the hotel’s Italian restaurant Seta after four months of opening. The restaurant was awarded with two Michelin-star in the second year.

For more information or to make a reservation at Bencotto, please contact 02 2715 6668, email MOTPE-dining@mohg.com or visit www.mandarinoriental.com